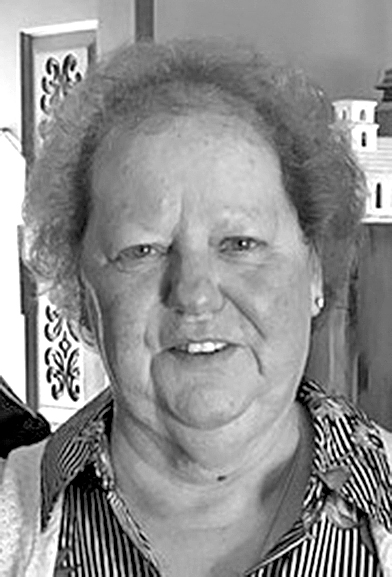 Peggy Clorita (Reddin) Wright, 68, of Columbia, Tennessee, formerly of Troy, Tennessee, passed away Saturday, Dec. 3, at Vanderbilt Medical Center. She was born Dec. 13, 1953, in Enville, Tennessee, to the late Cletus Reddin and the late Ruie Holloway Reddin.
She was united in marriage to Larry Wright on Oct. 19, 1974, who preceded her in death on May 8, 2019.
Mrs. Wright worked as a sitter for Home Health Angels.
She is survived by two sons, Shannon Wright and his wife Kim of Troy, Tennessee and David Wright and his wife Melanie of Columbia, Tennessee; two grandchildren; Savannah (Dakota) Wright and Austin Wright; one great-grandchild, Carson Wright; one brother, Ted Reddin and his wife Marie; and one sister, Betty Erwin and her husband Larry.
In addition to her husband and parents, she was preceded in death by one brother, Joe Earl Reddin.
Memorial services will be held at 11 a.m. on Friday, Dec. 9, at White-Ranson Funeral Home in Union City, Tennessee, with Scott Fields officiating. Burial will follow at Stanley’s Chapel Cemetery. Visitation will be Friday, Dec. 9, beginning at 10 a.m. and run until the time of service at the funeral home.
Honorary pallbearers will be Dakota Hinson, Robert Cooper, Eric Burkeen, Gary Church, Andy Huff and James Reddin.