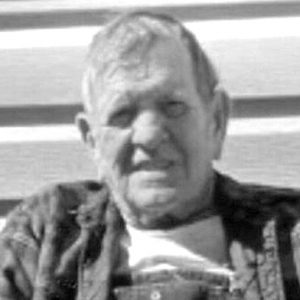 James Hammock, 76, of Shiloh, passed away on Sunday, Nov. 13, in Corinth, Mississippi. He was born on Feb. 2, 1946, in Counce, Tennessee, the son of the late McKinley “Bud” and Martha Tucker Hammock.
He was united in marriage to Minnie Pearl Broadway Hammock, who preceded her husband in death on Feb. 26, 2002.
Mr. Hammock honorably served his country in the United States Army for eight years. He then worked as a truck driver and logger for most of his life prior to his retirement. He traveled to every state that he could get to by truck. After retirement, he continued to work for Jake’s Truck Stop, opening every morning by 4 a.m. – even on the days he wasn’t able to walk he pressed on to open the truck stop for his friends and family that needed gas or diesel. No one in need ever went unhelped. He always said his greatest achievement wasn’t his time in the Army, but being a dad is what made him proud. He loved Trisha, Denise and Jimmy, but his grands and great-grands were his pride and joy. Kristy Bell, Peegee, Scooter and Ty baby were his babies until Addie Bug and Lillie Belle came along, then it was joy unknown. He loved life and his memories will forever be remembered to those who had the privilege of knowing him.
He is survived by his son, Jimmy Hammock and his wife Hope of Counce; daughters, Denise Hammock and Patricia Hammock, both of Counce; sisters, Brenda Shelby of Savannah, Glenda Jackson of Counce, Nina Felker of Counce, Carolyn Powell of Odenville, Alabama, and Betty Vincent of Lafayette, Georgia; brother, Donnie Hammock of Rock Springs, Georgia; grandchildren, Kristen Stacks and her husband Chris, Eric Hammock and his wife Taylor, P.J. Hicks, and Tyler Hammock; and great-granddaughters, Addalyn Stacks and Lilly Stacks.
In addition to his parents and wife, he was preceded in death by his brothers, Howard Hammock and Ronnie Hammock.
Services were held on Friday, Nov. 18, at Shackelford Funeral Directors of Savannah with Paul Childers and Josh Franks officiating. Burial followed at Fairview Cemetery in Iuka, Mississippi.