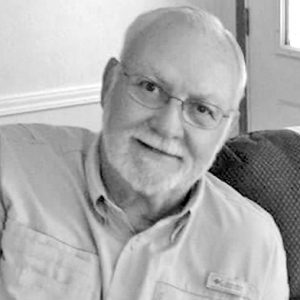 Jerry Simmerman, 80, of Adamsville, passed away on Sunday, Sept. 11. He prayed “The Lord’s Prayer” as he passed peacefully with his loving wife by his side.
Mr. Simmerman was born in Nov. 15, 1941 in Bedford, Indiana and is the son of the late Clarence and Dorthy Simmerman.
He graduated in 1959 from Williams High School. He attended Palm Beach Junior College and Florida Atlantic University, in Florida, as well as Athens State College, in Alabama, where he earned his bachelor’s degree.
He joined the Marine Corp in 1959 and was honorably discharged in 1965 after serving as a message center man during the Vietnam era and the Cuban Missile Crisis. The moral and physical strengths taught by the Marine Corps were embedded in him and he served to make him the good man that he was. Esprit de corps and the phrase, “Once a Marine, always a Marine,” shaped his lifetime commitment and loyalty to the Corps and the United States of America.
At Pratt & Whitney Aircraft in Florida, Jerry gained knowledge and experience as an inspector that opened doors into quality control and parts specification design. He was proud to have worked on every SR-71 “Blackbird” placed into service. Later he transferred to USBI in Huntsville, Alabama, to work on the Tomahawk missile program and other defense contracts. He was eventually recruited by Aerojet in Iuka, MS, where he was instrumental in the development of the quality control program for NASA’s redesigned solid rocket boosters. After a governmental shutdown of the program in 1993, Jerry joined the production staff at Grinnell machine shop in Henderson, Tennessee. He later led development and design of the quality control lab at Reitter & Schefenacker in Selmer. Before retirement, Jerry also served as the assistant administrator of the Hardin County Nursing Home in Savannah for several years. He appreciated his talented staff and cared for his residents like family, a position that brought him great satisfaction.
Mr. Simmerman enjoyed many hobbies and interests; hunting, fishing, baseball, bowling and football were always enjoyed more with friends and family. He was an avid reader and Civil War buff. He kept everyone on their toes with his quick sense of humor. In every arena of his life, he had an appreciation for those he met. He was interested in their lives and encouraged them to succeed.
Jerry is survived by his wife of 54 years, Marcia Hamilton Simmerman; daughter Claris Bartlett (Earl); daughter Joy Varden (Scott); grandson Matthew Robinson (CJ); granddaughter Christi Dutton (Zane); granddaughter Sarah Miller (Charles); great granddaughter Elise Robinson and great-grandson Alden Miller, as well as other extended family members.
In addition to his parents, he was preceded in death by an infant brother, Jackie Simmerman; and infant great-granddaughter, Olivia Dutton.
A private family memorial service was held on Wednesday, Sept. 14, with Pastor Scott Melson officiating. No other services will be held and the family has requested that no flowers be sent. They would, however, love everyone to share photos, thoughts or personal stories about him on his tribute page on the Shackelford Funeral Directors website. Any donations made in his memory to Samaritans Purse, Wounded Warrior Project, or St. Jude’s Children’s Research Hospital, three of his favorite charities, would be welcomed.