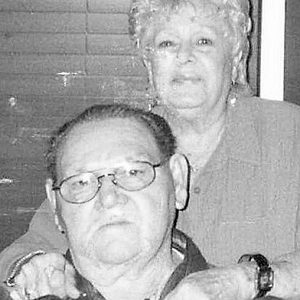 Jack Webster Rogers, 81, of Enville, Tennessee passed away Monday, June 27, at his home.
He was born May 27, 1941 in Scotts Hill, son of the late Webb and Ruby Snider Rogers. He grew up in Scotts Hill and graduated from Scotts Hill high school in 1959.
He married Judy Ann Pusser on December 9, 1961, and they made their home in Enville. They have been married for 60 years.
Jack was a hard worker all his life. He was a jack of all trades.
He did mechanic work, construction and factory work. He retired from Columbus McKinnon in Lexington after 15 years.
Jack loved to talk. He had many friends and they would sit at “The Liars Table” at Milledgeville Café and talk for hours. He loved gardening. He would grow lots of vegetables and share them with the community. He attended Crump Pentecostal Church.
He is survived by his wife Judy Rogers; son, Michael Rogers of Milledgeville; daughter, Tina Burke (Russ) of Enville; half brother, Bro. Bill Snider of Scotts Hill; sister, Janie Graves of Parsons; five grandchildren, Jessica Sweat (Shawn), Mitchell McKenzie (Alisha), Felecia Rogers, Chelsea Armstrong (Warren) and Bianca Boleyn; and eleven great- grandchildren, Tyler, Lexie, London, Auri, Bella, Nova, Collyn, Jayce, Jayden, Willow and Anthony.
He was preceded in death by his parents; two sons, Anthony Rogers and Steven Rogers; two brothers, Harold Rogers and Tony Rogers; and three sisters, Rubalene Singleton, Maxine Tomblin and Diane Montgomery.
Funeral services were held Thursday, June 30 at Shackelford Funeral Directors Crook Avenue Chapel with Bro. Gene Hanna officiating. Burial followed at Milledgeville Cemetery.