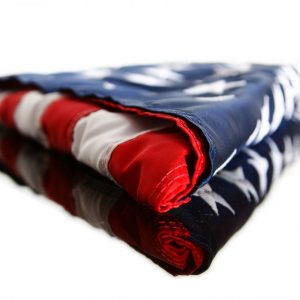 Raise the Flag is celebrating its 18th anniversary of promoting pride in Hardin County, showing support for the nation and encouraging local children to have pride in the United Sates of America by honoring National Flag Day.
Continuing a summer tradition, the local organization is flying numerous American flags along the highway on Pickwick dam, and in Pickwick Landing State Park and Savannah.
Flag Day, which is officially on June 14, will be celebrated locally by Raise the Flag on Saturday, June 18. A centralized Flag Ceremony is being held at 11 a.m. at the flag pole at Tennessee Street Park in Savannah. Members of Veterans of Foreign Wars and the American Legion are assisting with the event.
Shelby Webb of Savannah will sing the National Anthem and an additional patriotic song. Hardin County Mayor Kevin Davis is a scheduled guest speaker.
“It is important to continue honoring Flag Day and what the flag means for our country. We need to show our younger generation how to honor the flag and to honor those who served for our freedom,” Davis said.
A history of the flag will be presented by Nick Stokke, Hardin County Veterans Services officer, and state Rep. Kirk Haston (R-Lobelville) will have some remarks.
A picnic follows the ceremony, with hot dogs, chips and drinks provided by Hardin County Tourism.
“American flags fly from Memorial Day though September each year and are replaced annually to guarantee they are fit to serve as a symbol of the United States,” said Faye Trim, Raise the Flag organization president and chairman.
The flags are installed on poles with the help from volunteers at Pickwick Electric Cooperative and Tennessee Valley Electric Cooperative, and assistance from the Hardin County Sheriff’s Department.
Flag raising celebrations give families the opportunity to honor the symbol of American freedom.