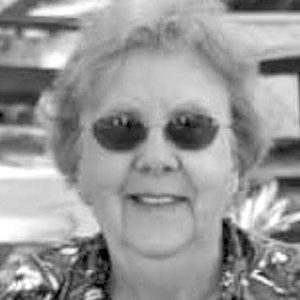 Glenda Kay Christopher Wilson, 78, of Adamsville, passed away on Saturday, June 11 in Selmer. She is the daughter of the late Earl Glen Christopher and Hazel Surrat Christopher.
Glenda was united in marriage to Donnie Clay Wilson on September 8, 1980. Mr. Wilson preceded her in death on February 14, 1990. She was a member of the Hickory Flat Methodist Church where she played piano for 30 years. She worked mostly over the years as a secretary for Dr. Vinson, Dr. Aristorenas and Dr. Reddy.
She is survived by two nieces, Rhonda Christopher (Dale) of Adamsville and Monica Stricklin of Selmer; a stepson, Todd Wilson of Franklin; stepdaughter, Kim Wilson of Oxford, Mississippi; two great nephews, Benjamin Reid Smith and Bayli Austin Smith both Adamsville; sister-in-law, Joyce Christopher of Adamsville; two step grandchildren, Katherine Wilson and John Wilson both of Franklin; and special friends, Amy, Matt, Emma, and Caroline Oakley.
In addition to her husband and parents, Glenda was preceded in death by a brother, Billy Earl Christopher.
A Graveside Service will be held on Wednesday, June 15 at Adamsville Cemetery in Adamsville with Howard Russom officiating.