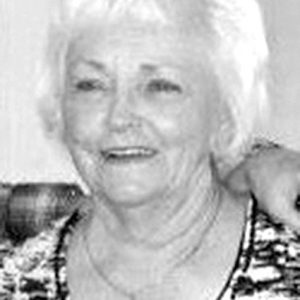 Francis Collins, 83, of Saltillo, passed away on Tuesday, June 7. She was born in Saltillo, on March 10, 1939, the daughter of the late W.T. and Thelma Bivens Fonville.
On August 13, 1960, Mrs. Collins was united in marriage to Robin Allen Collins, who preceded her in death on November 29, 2018.
Frances worked at a sewing factory and after retirement she was a PRN Postmaster at the Saltillo Post Office. She was a member of Saltillo Baptist Church and Saltillo Senior Citizens.
Frances loved spending time with her senior citizens group, reading, going to her book club and spending time with her family.
Frances is survived by her children, Michael Collins and his wife Sheila, Sharon Wilbanks and her husband Chris and Melody Davis and her husband Tommy Lynn; grandchildren, Rebecca Colio, Anna Wilbanks, Ali Wilbanks and Matthew Davis; and great-grandchildren, Gage, Sladen, Asher, and Briley.
In addition to her parents and her husband, she was preceded in death by one son, Wade Allen Collins. No services have been announced at this time.