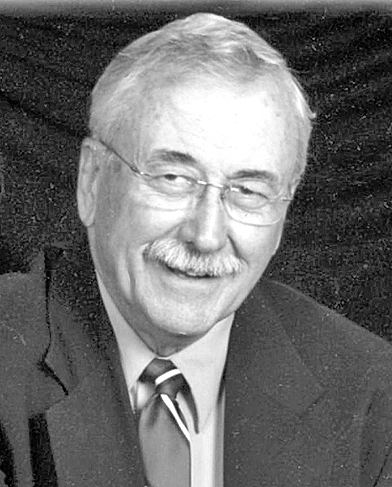 Daniel Jerry Smith, 86, of Savannah, got to meet his Lord in person on Thursday, June 2, as he entered his heavenly home. He was born in Memphis, on Aug. 14, 1936, to Reginald Hubert Smith and Nettie Weaver Smith. Daniel spent most of his life in Memphis where he attended school and raised a family.
He attended Whitehaven High School, where he met Shelba Herndon Smith, his spouse of 62 years. They met on the band bus while playing in the high school band, where Daniel played the drums and Shelba played the bells.
Daniel graduated from Southside High School in 1955. After graduation, Daniel joined the Air Force, where he attended Information Technology school. In 1957, while on leave for Christmas, Daniel married Shelba, his high school sweetheart. He served in the Air Force National Guard and had two years of active service in the Air Force.
After being honorably discharged from the Air Force, Daniel worked in data processing and as a computer programmer at International Harvester, St. Francis Hospital, Shelby County government, Shoney’s Incorporated, and First Data Corporation, until he retired in 2005.
Daniel loved baseball, and coached baseball, basketball and soccer for Trinity Baptist School and Harding Academy. He also enjoyed working with Tennessee Walking Horses, boating on Pickwick Lake and playing golf.
Mr. Smith was a member of First Baptist Church in Counce, where he served as an ordained deacon. He also served as a Gideon in the Savannah Camp and loved sharing the Gospel and passing out Bibles in a booth at the Hardin County Fair each fall.
Daniel was a wonderful husband, father and grandfather, who attended countless ball games, cheer competitions, school programs, recitals and other activities for his children and grandchildren. He was very loved by all his family and his family has never questioned how much he adored each one of them. But Daniel’s greatest joy, other than his family, was to share and tell others about his Lord and Savior, Jesus Christ.
Daniel was preceded in death by his parents; his sister, Bette Breen; and his granddaughter, Elizabeth Grace. Daniel is survived by his wife, Shelba Smith; two sons, Mark Smith (and his wife, Tracy) and Todd Smith (and his wife, Dianna); four grandchildren, Chandler Smith, Hunter Smith, Joshua Smith and Rachel Walker (and her husband, Chance).
A celebration of life service was held Sunday, June 5, at First Baptist Church in Counce with visitation and service immediately following. A graveside service and burial was held Monday, June 6, at Forest Hill Cemetery South in Memphis. The family requests that this be a happy homegoing celebration for our beloved Daniel, because we are all confident that he is happy and celebrating with the Lord. In lieu of flowers, donations may be made to Gideons International or a charity of the donor’s choice.