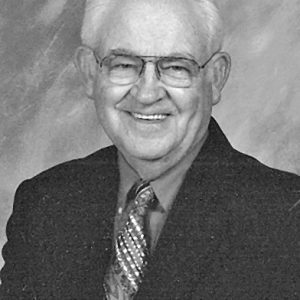 Jimmy McKinley Cooksey Sr. was born Dec. 10, 1936, in Shiloh. The son of the late Leo Tom Cooksey and Mary Ellen White Cooksey. He was all about Shiloh, living almost his entire life within a mile or two of the National Military Park.
Mr. Cooksey was employed with AmeriGas in Adamsville, working at that location for over 40 years. He also spent many years farming throughout Shiloh, along with raising feeder pigs and cattle. Farming was one of his great passions along with hunting quail, deer, and fishing on the lake and along the Tennessee River.
Mr. Cooksey was very involved with his family, spending his retirement years enjoying his children, grandchildren, and great-grandchildren. Throughout his life he was an avid member of West Shiloh Baptist Church in Stantonville, serving as deacon for over 20 years. He also was a member of Shiloh Lion’s Club and Shiloh Southern Baptist Association.
Mr. Cooksey was an amazing son, brother, husband, father, grandfather and great-grandfather making sure he always kept his family anchored with the Lord.
Jimmy was united in marriage to Patsy Ann Evans on May 7, 1960, in Michie. Together they have one son, two daughters, four grandsons, two granddaughters, three great-granddaughters, and two great-grandsons.
Mr. Cooksey departed this life on Wednesday, May 4, in Shiloh, at the age of 85 years, 4 months, 24 days, right where it all started at home surrounded by his family.
He is survived by his wife, Patsy Ann Cooksey of Shiloh. Children include one son, Jimmy McKinley Cooksey Jr. and wife Stephanie Hathaway and their children, Morgan and her husband Nicholas Koutrelakos of McMinnville, Tennessee; Kyle and Nicole Hathaway both in Montgomery, Texas; two daughters, Andrea Rena Cooksey and fiancée Shane Meeks and their child, Calin Meeks from Savannah; his youngest daughter, Carla and husband Phillip Qualls from Savannah and their children Terran Qualls and wife Jessica and their children, Holly and Felix all of Pensacola, Florida; Chase and wife Maegan and their children, Jayden, Callen and Chloe Qualls all of Saltillo. One brother Tommy Cooksey and wife Peggy of Counce. Extended family included two nephews, Jeremy Cooksey, and Randy Burks; five nieces, Kim Williams, Kelly English, LeAnn Evans, Vicki Evens-Pare and Stephanie Evens-Bell. His in-laws include Bill Bryan and Robert and Janice Evans; as well as a host of church family and friends.
In addition to his parents, Mr. Cooksey was preceded in death by two sisters, Josie Faye Cooksey and Ann Patterson; and two brothers, Billy and Bobby Cooksey.
Services were held on Saturday, May 7, at 3 p.m., at West Shiloh Baptist Church in Stantonville, with Steve Littlejohn, Jerry Woods, Jimmy Cooksey Jr., Chase Qualls and Shane Meeks officiating. Burial followed in West Shiloh Cemetery at Stantonville.
In lieu of flowers, please make donations by check to: Kirkland Cancer Center, Attention: Administration, 720 W Forest Ave, Jackson, Tenn. 38301. Please include your name and address.