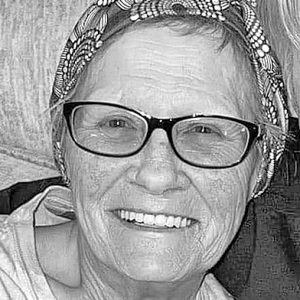 Debbie Burkhead, of Savannah, was born in Springfield, Illinois on Dec. 23, 1956, the daughter of the late William Earl and Betty Louise Yates West.
Debbie had worked at HMC Health & Rehabilitation Center, Adamsville Healthcare, and as an aide for two years for North Elementary School. She loved her grandchildren and visiting with her sister. Debbie was a member of Temple Worship Center. She enjoyed spreading the word of God and used Facebook as tool to reach even more people.
Debbie departed this life on Monday, April 25, in Jackson, Tennessee, at the age of 65 years, 4 months and 2 days.
She is survived by her children, Randall John Desrochers Jr. of Riverside, California, Desarae Denise Desrochers of Savannah and Jessica Lynn McClanahan of Savannah; grandchildren, Andrew, Brooklyn, Cassie, Miranda, Randi, Kandi, Randall, Jada, Jeffrey, Madison, Ciarra, Layla and Emma; many great-grandchildren; brother, Buddy (Orville) Nation of Auburn, Illinois and Roger West of Conway, Arkansas; and sister, Barbara Nunn of Savannah.
In addition to her parents, she was preceded in death by one brother, Rodney West.
Services were held on Sunday, May 1, at 3 p.m., at Temple Worship Center in Savannah with Clark Culver officiating. Burial followed in Crump Cemetery at Crump.