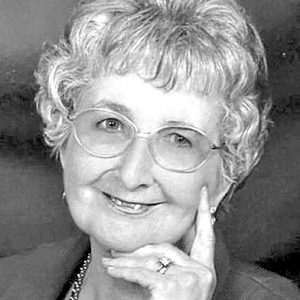 Margaret Ann Johnson, age 87, of Counce, passed away on Wednesday, April 20, in Memphis.
Ann is survived by three daughters, Anita King (Tommy), Debbie Von Staden and Joy Timbs (Timmy). She was affectionately called Memaw by her seven grandchildren: Michael Johnson, Philip King, Lauren Riley, Kimberly King, Kristen Otdoerfer, Richard Von Staden and Morgan Von Staden, as well as seven great-grandchildren.
She was preceded in death by her parents, Irene and B.E. Lewis, her sister Doris Johnson, her husband Thomas C. Johnson Jr., and her daughter Rita Johnson Chasen.
Ann was born in Shiloh on Feb. 1, 1935. Her father Seldon Hindman passed away two months before she was born, leaving her mother Irene a widow with two young daughters. They lived with her grandfather until Irene married B.E. Lewis when Ann was 9 years old. They moved to the Memphis area when Ann was in high school, and she graduated from Bartlett High School.
After graduating, she began a long career at the Sears & Roebuck Crosstown building. She was a purchasing assistant for many years, then moved into the catalog fulfillment department as a quality control inspector. She retired from Sears in 1988. Ann met her husband Tom Johnson in 1956 and they married a year later in February 1957. They lived in the same house in Memphis for 40 years, then after retiring, they moved back to Counce, where she was happiest. She was very active as a volunteer at her church and had many close friends in the community.
A celebration of the life of Margaret Ann Johnson was held on Saturday, April 23, at Memphis Funeral Home. Interment was on Monday, April 25, at Memphis Memory Gardens.