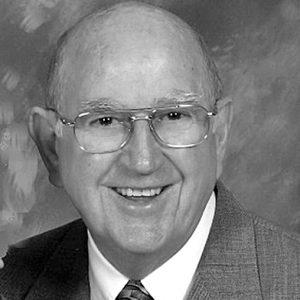 Jimmy Harbert Hopper, 84, of Lakeland, Florida, passed on the early morning of Tuesday, April 5, from complications arising from Alzheimer’s disease and cancer.
He was born in Sardis to A.D. and Modena Hopper in June of 1937, followed two years later by his younger sister Pat.
He joined the army in 1960. While on leave, he married Clara Sue on Dec. 27, 1960, before going oversees to Germany, where he proudly served as company clerk until his honorable discharge in 1962. Upon his return, he started a 40-year career in banking, retiring in 2002 after 30 years with Hardin County Bank. After retirement, he relocated to Florida to enjoy more time with his three children and three grandchildren.
He led a life of service as a member of the American Legion, President of the Lion’s Club, and devoted 52 years to the Free Masons, where he was a Grand Master. He even served as Mayor of Saltillo for a two-year term. He routinely saved lives and helped others by donating blood two to three times a year for almost 40 years, contributing a total of 13 gallons. A passionate disciple of Christ, he served his church community his entire adult life at First Baptist Church of Saltillo, First Baptist Church of Savannah, and lastly, Scott Lake Baptist Church of Lakeland. He served as the church’s treasurer and as a deacon, often supporting the ministries for widows and the elderly. He even raised his voice to God in the senior choir.
It was often said that Jimmy never met a stranger. His humility and sincerity endeared him to many. He remembered the names of practically everyone he ever met and could easily have an engaging conversation with anyone. In his spare time, he enjoyed gardening, coin collecting and watching baseball. He also loved bluegrass music and played both the guitar and mandolin.
He is preceded in death by his parents, A.D and Modena Hopper and his sister, Patty Lou Collums. He is remembered by his wife of 61 years, Clara Sue Hopper of Lakeland; his three children, Dr. Jimmy Brian Hopper (Tammy) of Lakeland, Susan Renee Hopper of Lakeland, Michael Kevin Hopper (Stephanie) of Murfreesboro; his three grandchildren, Morgan Ann Hopper, Landon Michael Hopper and Logan Matthew Hopper, all of Lakeland; his niece Tina Leigh Collins (Kevin) of Bartlett, Tennessee; and his beloved cat, Blue.
Funeral service at 11 a.m. on Wednesday, April 13, at Scott Lake Baptist Church, 5811 Scott Lake Road, Lakeland, Fla. 33813.
In lieu of flowers, donations can be made to: Alzheimer’s Association, Florida Gulf Coast Chapter, P.O. Box 96011, Washington, D.C 20090-6011.