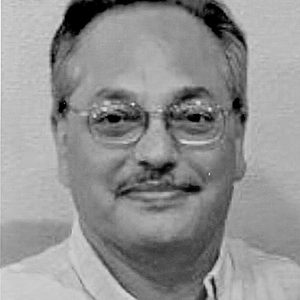 Greg Roland was born in Savannah on March 1, 1968. He was the son of Lonnie Prett Roland and Martha “Mott” McLain Roland. He married Melissa Parrott on June 23, 1992.
Greg was a Christian and strongly believed in helping others. He was a man of his words. He worked in the auto-parts industry for most of his life. When it came to remembering parts, he had the mind of a computer. He was employed at AutoZone and Jones Motor Company as the parts manager.
Greg enjoyed playing with his grandchildren, golfing, working on cars, watching car shows, spending time with family, and appreciating nature.
Greg battled cancer for over two years, and on Wednesday, April 6, he left this world for Heaven.
He is survived by his wife, Melissa Roland; his daughters, April Lynn Bishop of Crump, Alicia Rae Davis and her husband Tristian of Savannah and Kelsey Elaina Roland of Savannah; grandchildren, Callie Kanavel, Amylu Davis and Waylon Davis; his sisters, Stacie Roland Ray and her husband Todd of Savannah and Lana Roland of Marion, Iowa; a brother, Timmy McLain of Shiloh; cousin, Darin McLain of Counce; father-in-law, James Golliver of Crump; and a host of nieces, nephews and friends.
Greg was preceded in death by his parents, Lonnie Prett Roland and Martha McLain Roland; and grandchildren, Madison Baker Heathcoat, Hunter Wade, Ember Raye, Blaize Adley, Lennox Raye and Lakyn Shae.
Services were held on Sunday, April 10, at 1 p.m., at Shackelford Funeral Directors of Savannah with Ernie Cordova and Jody Copeland officiating. Burial followed in Adamsville Cemetery at Adamsville.