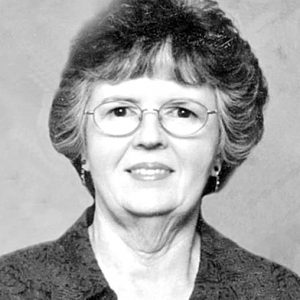 Deretha Hosea Wilbanks, of Savannah, was born in Caruthersville, Missouri, on Oct. 20, 1942, the daughter of the late Melvin and Murleen Porter Hosea.
On June 1, 1966, she was united in marriage to Bobby Charles Wilbanks, who preceded his wife in death on March 29, 2013.
Her family moved back to Savannah when she was in the third grade. Deretha was an inspector for Angelica Manufacturing. Deretha gave her life to Jesus when she was 30 years old. She loved the Lord and was devoted to her church, Eureka United Methodist. Her children, grandchildren and great-grandchildren were her biggest blessings and she loved spending time with them. Deretha’s grandchildren and great-grandchildren called her “Mamaw Ree” and they loved her as much as she loved them. Deretha loved her cats, Sissy and Blacky, and her grand-dog, Benji.
She departed this life on Thursday, April 7, in Savannah, at the age of 79 years, 5 months and 18 days.
Deretha is survived by her two daughters, Bobbie Matlock and her husband Johnny, and Connie Harville and her husband Nicky, all of Savannah; grandchildren, Jessica Matlock Davey and her husband Mel of Spring Hill, Tennessee, and Daniel Matlock and his wife Ashley of Savannah; great-grandchildren, Jon Daniel Matlock and Connor Matlock, both of Savannah, Cameron Davey and Colin Davey, both of Spring Hill, Tennessee; sister, Bonnie Blanton of Savannah; and brothers, Juan Hosea of Savannah and Ricky Hosea of Roanoke, Virginia.
In addition to her parents and husband, she was preceded in death by one sister, Donna Franks.
Services were held on Tuesday, April 12, at 11 a.m., at Shackelford Funeral Directors of Savannah with Jason Estes and Dennis Usner officiating. Burial followed in Lutts Cemetery at Lutts.