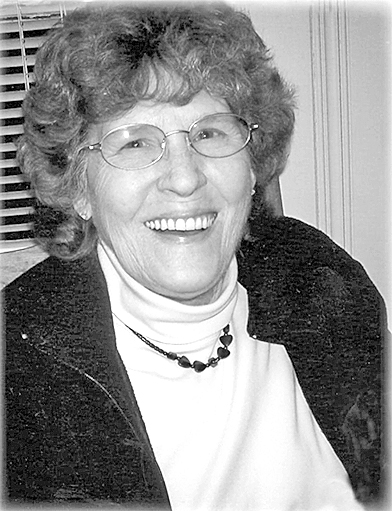 Dorothy Lee Frazier, of Savannah, was born in Hardin County on May 8, 1937, the daughter of the late Robert Lee and Donie Lee Hopper Jones.
Dorothy had worked at Garan Manufacturing and retired from Angelica Manufacturing. She attended Lighthouse Pentecostal Church. Dorothy loved watching westerns, talking on the phone, cooking breakfast and eating tacos. Her greatest joy were her grandchildren and great-grandchildren. She enjoyed watching her grandson Chad play ball. Dorothy did not get to see her great-grandson Ryder play, but she was cheering him on from her recliner. She loved laughing at LeAnn and the girls and talking about Noah and Savyon.
Dorothy departed this life on Tuesday, March 22, in Jackson, Tennessee at the age of 84 years, 10 months and 14 days.
She is survived by her children, James Harville and his wife Deanna, Eddie Harville and his wife Donna, and Juanita Harville; grandchildren, Chad Harville and his wife Wendi and LeAnn Harville; step-grandchildren, Kim Kelly and her husband Tim, Shannon Cummings, LaShawn Tanner and her husband Jimmy, Savyon Pipes and Noah Pipes; great-grandchildren, Lillian and Addison Hutcherson and Reese and Ryder Harville; sister, Betty Jo Harris; brother, Bobby Jones; several nieces and nephews; and her lifetime companion, Verdell Ledgewood.
In addition to her parents, she was preceded in death by six brothers, James, Jimmy, Robert Earl, Elmer Lee, Kenneth and Billy Jones; and three sisters, Ruby Deshazier, Gladys Tidwell and Dovie Franks.
Services were held on Friday, March 25, at 11 a.m., at Shackelford Funeral Directors of Savannah with Ernie Cordova officiating. Burial followed in Mt. Zion Cemetery at Savannah.