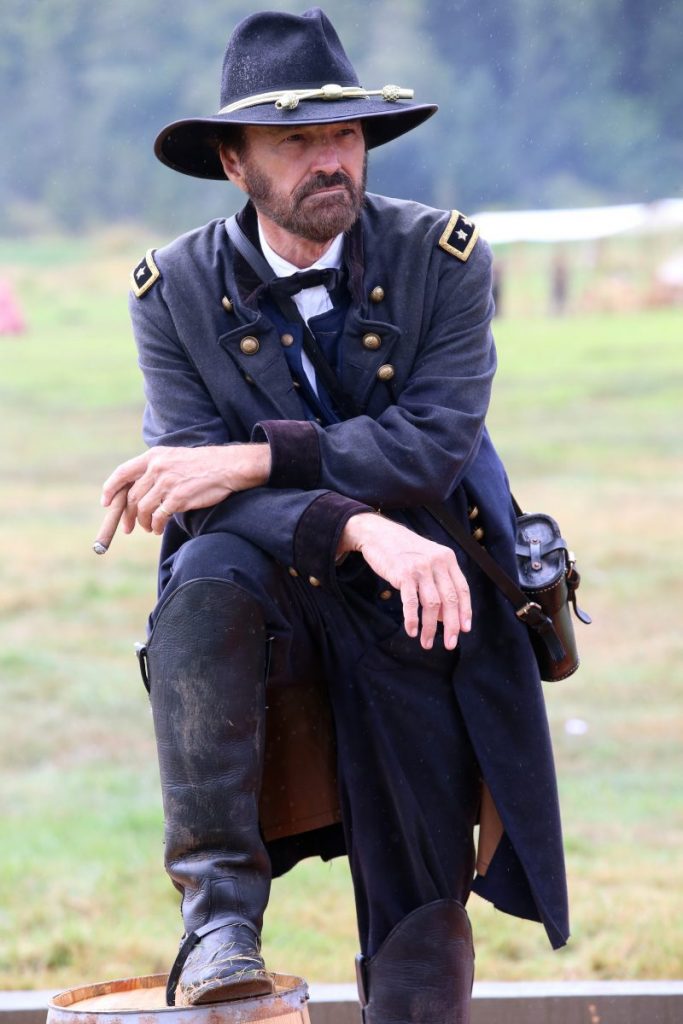 The Hardin County Convention and Visitors Bureau is gearing up to commemorate the county’s ties to U.S. Grant during the 160th anniversary celebrations of the historic Battle of Shiloh.
On Saturday, April 2, the tourism organization is hosting three living history events in downtown Savannah.
Generals Breakfast at Cherry Mansion
Cherry Mansion came of note during the Civil War when Gen. Ulysses S. Grant made his headquarters at the home during the Battle of Shiloh. Tickets for the event include breakfast, a storytelling program by the attending generals, and a Q&A presentation by the homeowners of Cherry Mansion.
“Gen. U.S. Grant, portrayed by historian Dr. Curt Fields, will be joined at his headquarters by his rival, Confederate Gen. P.G.T. Beauregard, portrayed by historian Larry McCluney Jr. These first-person living history portrayals are a unique and fun recounting of historical events and famous people, making for some great storytelling,” said Beth Pippin, Hardin County tourism director.
Pippin added this event has grown each year over the last 10 years and there is a limited number of tickets available sold in advance only. The breakfast is an outside venue under a heated tent enclosure. Reenactors in period dress will be walking the grounds mingling with guests as well as civil war band “Lost Cause” performing prior to the breakfast performance.
The day’s events continue during the 160th anniversary by offering a visit to the Tennessee River Museum in downtown Savannah, open every day for tours.
An Evening with Grant
A special program “An Evening with Grant” is planned for April 2, at 5 p.m, at the historic Savannah Theater adjacent to the downtown museum.
“We are celebrating Grant’s bicentennial as he turns 200 years old this April,” said Pippin, “again with Dr. Fields portraying Grant on stage at the theater telling stories of his life as a soldier and President.” The Lost Cause band will be entertaining prior to the storytelling lecture.
Grant’s Birthday Reception
Guests may also choose to purchase tickets to a 7 p.m. private birthday reception at the Tennessee River Museum with guest of honor “U.S. Grant” which follows the theater performance.
“Grant’s actual birthday is April 27, 1822, and lucky for us, having ‘him, aka Dr. Fields’ in town for the 160th during his birth month is perfect timing for celebrating,” said Pippin.
Guests will enjoy hors d’oeuvre, libation tastings, birthday cake, and Curt Fields in character to welcome everyone.
A limited number of tickets will be sold for the three events from the Hardin County Convention and Visitors Bureau office inside the Tennessee River Museum and online at www.tourhardincounty.org. For more information call 731-925-8181.
Fields has portrayed a leading figure of the war in 22 states as he travels the nation presenting his portrayal of the General and President Ulysses S. Grant. As a “living historian,” Fields portrayed General Grant at the 150th Sesquicentennial observations of Fort Donelson, Shiloh, Vicksburg and Lee’s surrender to Grant at Appomattox Court House, Virginia.
Fields has bachelor and master’s degrees in education from the University of Memphis. He earned a second master’s in secondary education and a Ph.D. in educational administration and curriculum from Michigan State University.
He spent eight years at the junior and senior high school levels teaching before serving 25 years as a high school administrator. He teaches as an adjunct sociology professor at the University of Memphis and in education for Belhaven University, Memphis. He’s now an educational consultant and a living historian.
At Appomattox Court House, a National Historic Park, Fields portrays Grant in the visitor center film. As a recognized Grant authority, he was featured as Grant in the Discovery Channel’s three-part documentary series, “How Booze Built America,” along with Mike Rowe. ).
He has appeared on four national magazine covers; being the only Living Historian to be featured on two national magazine covers at the same time and for the same event: the Appomattox 150th in 2015.
In 2017 he portrayed President Grant for the opening and dedication of the Ulysses S. Grant Presidential Library at Mississippi State University.