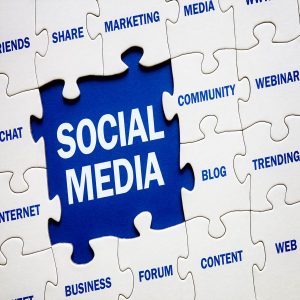 The bill is similar to social media bills in Florida and Texas that passed and courts have ruled against based on First Amendment arguments. Both cases are in federal appeals court.
Sponsoring Rep. Dennis Powers, R-Jacksboro, acknowledged similar laws have been thrown out by the courts, but he said in Tuesday’s House Commerce Committee meeting that House Bill 2369 is different because it seeks to treat social media companies as common carriers, similar to phone service providers, which cannot restrict users from political speech but can ban obscene, lewd, excessively violent or harassing behavior.
“This is going to be model legislation,” Powers said, noting the common carrier argument comes from an opinion from Supreme Court Justice Clarence Thomas in Biden v. Knight.
Florida also made the common carrier argument, according to NetChoice Vice President and General Counsel Carl Szabo, who sued and won injunctions in Florida and Texas.
Szabo also pointed to a requirement in the legislation for TPUC to create rules for platforms to follow regarding banning users and removing content as a way that the law is creating more government interference in private business.
“I applaud your goal, I’m concerned about the process,” Rep. Patsy Hazlewood, R-Signal Mountain, said to Powers. “… It’s a bit of a stretch to see the commonality between a common carrier.”
Powers noted the bill’s fiscal note moved from approximately $330,000 in annual enforcements costs to around $100,000, stating he hoped that when fines were included in the tally it would cover the cost.
Szabo, however, noted the potential cost for fighting the law in court would be significant. In the Florida and Texas cases, NetChoice has asked for his attorney’s fees to be covered by the states as well.
“What we’re seeing right now is lawmakers in the state of Tennessee following in the same failed legal footsteps of Florida and Texas,” Szabo told The Center Square. “And it’s ultimately not going to get them where they want to be, which is to able to police the internet. Fortunately, our Founding Fathers created the First Amendment to expressly forbid and preclude this type of state-compelled speech.”
If TPUC receives a complaint about a ban or shadow ban – which Powers described as moving items down in a search engine searches based on its content – and finds it in violation of the law, TPUC would notify the platform of the infraction and allow 60 days to correct. If that is not done, TPUC would hold a hearing.
If TPUC ruled in favor of the user, fines would begin for the social media platform at a rate of $100,000 a day if the user is a political candidate or public official or $25,000 a day for others.
“Are social media companies common carriers?” Rep. Eddie Mannis, R-Knoxville, asked. “They are publicly traded companies, but they are still private companies. We have said before that we cannot tell private companies what to do.”
The bill will next head to the House Finance, Ways and Means Committee while its Senate companion bill has been assigned to the Senate Finance, Ways and Means Committee.