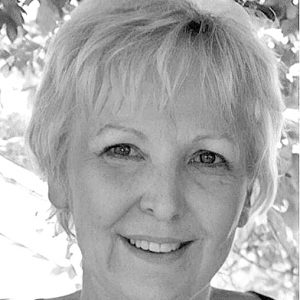 Janis Lynn Droke, 66, of Savannah, peacefully departed this life on Saturday, March 19, after a brief illness.
Born on March 8, 1956, Janis was the daughter of the late James Cecil and Dorothy Dale Smith-Morgan. Janis was a free spirit, and after graduating high school, she became an accomplished hair stylist. In her spare time, she enjoyed visits with her daughters, grandson, and friends, as well as flower gardening and spending time with her dog, Jazzy.
She is survived by daughters, Jessica (Emily) Easley, Janessa Majors, and grandson Parker Fooshee, as well as many cousins, nieces and nephews.
She was a member of East End United Methodist Church of Savannah. Along with her daughters, Janis is survived by her brother Rudy (Debra) Morgan of Savannah and sister Glenda Murry of Sturgis, Kentucky.
She was preceded in death by her mother and father, and brothers, Ray Morgan and Ronnie Morgan.
There will be a small memorial for immediate family members at a future date. The family asks that in lieu of cards and flowers, donations be sent to the American Lung Association or the Hardin County Animal Service.
George A. Smith and Sons North Chapel, Jackson, Tenn., 731-427-5555.