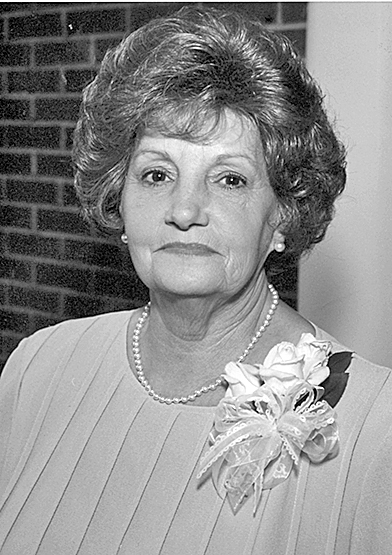 Mary Nell Cooksey, of Savannah, peacefully departed this life surrounded by family and friends on Thursday, March 3, in Savannah, at the age of 82.
She was born on May 2, 1939, in Hardin County to the late Frank Allen Sawner and Roxie Lee Rhea Sawner.
Ms. Cooksey graduated from Central High School in 1957 and later attended Jackson Business College. She had a long career in the healthcare industry beginning at Hurst General Hospital in Fort Worth, Texas, before retiring as patient billing administrator at Hardin Medical Center.
She accepted Christ as her savior at an early age and remained deeply devoted to her faith throughout her life. She was a member of the Carpenters Shop in Savannah, and spent much of her time volunteering in her church kitchen, Hardin County Jesus Cares Ministry, and CAM Food Pantry.
In addition to volunteering, she enjoyed traveling, cooking for others, southern gospel music, watching Wheel of Fortune, and dining out. She was a long-time member of the Republican Women’s Club of Savannah and served as past president of the Hardin Medical Center Credit Union.
She was a loving and devoted mother, sister, grandmother and friend, with her greatest joy derived from spending time with her great-grandchildren.
She is survived by her daughter, Reneé Harmon of Adamsville; granddaughters, Julianne Fowler (Jared) of Germantown, Tennessee and Kaitlyn Chappell (Ricky) of Savannah; grandsons, Ben Harmon of Savannah and Luke Harmon of Adamsville; great-grandchildren, Justus Hardin (Cade), Charlee Harmon, both of Savannah, Barrett and Reed Harmon of Adamsville, Jack, Anna, Elizabeth and Mitchell Fowler of Germantown, Tennessee; brother, David Sawner (Reba) of Savannah.
In addition to her parents, Ms. Cooksey was preceded in death by a son, Jimmy Cooksey; sister, Carolyn Harmon; and son-in-law, Ron Harmon.
A celebration of her life was conducted on Saturday, March 5, at 3 p.m., at Shackelford Funeral Directors of Savannah with Keith Holloway and Eddie McFalls officiating. Burial followed in Memory Gardens at Savannah.
In lieu of flowers, the family requests that donations be made in her memory to local food ministries, including CAM and Jesus Cares of Hardin County.