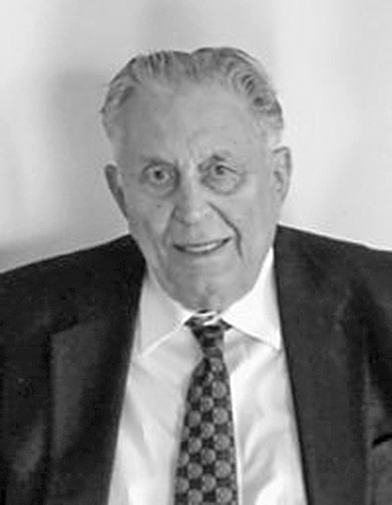 Floyd B. Lutrell, age 96, of Bartlett, Tennessee, formerly of Savannah, passed away on Saturday, March 5.
Floyd was born on Oct. 31, 1925, in Hardin County, to Arvin and Velma Austin Lutrell. He was united in marriage to Virginia Franks on July 14, 1951.
Floyd served in the U.S. Army during WWII. He performed the duties of automatic rifleman while assigned to the 343rd Infantry Regiment in both the European and Asiatic-Pacific Theaters of Operations and received a Purple Heart when wounded in Germany along with a Bronze Star.
Floyd moved to Memphis when he began working at International Harvester in September 1948 until he retired in 1981.
Floyd is survived by his son, Donald Lutrell; his daughter, Kay Yewell (Mike); his brother, Edd Lutrell; his granddaughters, Amanda Hargrove (Matt) and Laura Hassler (Josh); and his great-grandsons, Ethan and Caleb Hargrove, and Joshua and Eli Hassler.
He was preceded in death by his wife, Virginia Lutrell; and his brother, George Lutrell.
Floyd was a devoted husband for over 67 years. He faithfully attended Jackson Avenue Methodist Church where he was active in serving others. Floyd and Virginia always enjoyed going home to Savannah to be with relatives and friends. He enjoyed fishing and gardening, and always put his family first and doing for others.
Services were held on Monday, March 7, at 11 a.m., at Shackelford Funeral Directors of Savannah with Randy Weatherington officiating. Burial followed in Johnson-Cantrell Cemetery at Savannah.