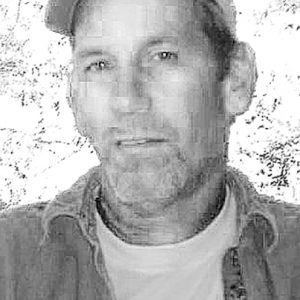 Robert “Kent” Gilkey Jr., of Savannah, was born in Hardin County on April 4, 1964, the son of the late Robert Kent and Margaret Inez McCasland Gilkey.
On May 12, 2007, he was united in marriage to Anitra Allison Reynolds, who survives.
Kent, as he was known by everyone, had worked for Inland Marine Service as a deckhand and first mate. He also managed several convenience stores, (Apple Barrel in Selmer and Fuel Mart in South Jackson, Tennessee) and worked at Angelica in Savannah. Kent also had worked for Brad Elam, where he did tile and hardwood work. He later became the owner of Tennessee Hardwood and Tile, which he operated for approximately 15 years.
He loved playing golf, being outside, and loved all sports, especially the Tennessee Vols, Dallas Cowboys and Tennessee Titans. Kent loved rock music, especially Southern Rock, and had worked as a D.J. for WORM radio station while in High School. He also attended MTSU for one Semester in Murfreesboro.
In addition to his wife of 14 years, Anitra of Selmer, he is survived by two sisters, Dana Spindler and Shannon Shaw, both of Savannah; three nephews and two nieces; five great-nieces and a great-nephew. Also the grandson of the late Burgess and Gilberta McCasland, and the late Robert “Bob” and Rilie Gilkey.
He will be missed by many friends and family.
Services were held on Sunday, Feb. 27, at 1 p.m., at Shackelford Funeral Directors of Savannah with Artie Rivers officiating. Burial followed in Neill Cemetery at Savannah.