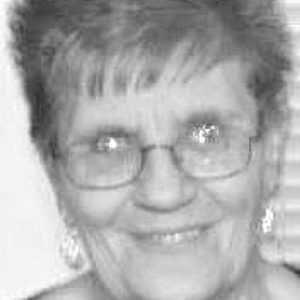 Mary Julia “Judy” Clay Hurley, 76, of Savannah, passed away on Tuesday, Feb. 1, in her home.
Cremation services were handled by Bodkin Funeral Home in Milan, Tennessee. A memorial service will be held at a later date. Burial of her remains will be at Chapel Hill Cemetery at a later date, also.
Judy was born in Savannah on May 17, 1945. She left school and went straight into the workforce. She worked various jobs before settling into a career at H.I.S. Sewing Factory. She retired from H.I.S. in the late 1980s after suffering some heart problems.
Judy was married to JE Hurley on May 20, 1965; they were married 34 years.
Judy loved visiting, laughing, and talking with her family and friends. She also enjoyed cooking, sewing, dancing and traveling.
Judy is survived by her daughter, Carol Hurley of Milan, her stepson, Ricky Hurley of Jackson, Tennessee, and her stepson, Randy (Karen) Hurley of Conconully, Washington. She also is survived by a son, which she gave up for adoption, whom at his birth, she named Richard Earl Shallio Jr. of South Bend, Indiana. It was her lifelong dream to find her son and be reunited with him. She passed away before fulfilling that dream.
Judy had five grandchildren. They are Joanie (Denny) Jacobsen and Chris (Sarah) Hurley, both from Spokane, Washington, Jenna Massey of Benton, Kentucky, Laci Bartholomew of Chattanooga and Hayden Bartholomew of Milan. The family would like to also mention a former step grandson, Robert Harville of Savannah, whom Judy always thought of fondly. Judy had four great-grandchildren. They are T.J. and Kyler Stoddard and Sydnie and Morgan Hurley, all from Spokane, Washington. Judy is also survived by many nieces and nephews. The family would like to especially mention John (Amy) Mitchell of Savannah, Jennifer Stanford of Adamsville, Tommy Clay of Stantonville, Sonia Clay Briggs of Mt. Juliet, Tennessee. Also, Jeff and Chris Clay.
Judy is preceded death by her husband, JE Hurley; her parents, Woodrow and Lydia Clay; her brothers, James T Clay and William Boyd “Hoppy” Clay; and two sisters, Linda Clay, who died as an infant, and Kathy Jane Crotts, all of Savannah. She is also preceded in death by her nephew, Glenn Mitchell.
The family would like to thank everyone for their prayers, calls, texts, messages, gifts and condolences during this difficult time.