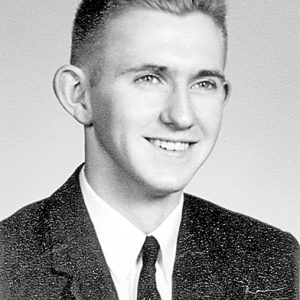 Larry G. Funderburk, 79, of Alamo, Tennessee, passed away Sunday, Feb. 6, at First Baptist Hospital in Collierville, Tennessee.
He was born on Aug. 20, 1942, to the late Newt Funderburk and Omiegean Funderburk in Savannah.
Mr. Funderburk graduated from Central High School in Savannah in 1961 and later attended Lambuth College where he was a standout in men’s basketball. He began his coaching career after college and was an outstanding coach. He coached at Middleton, Maury City, Alamo, Crockett County High School and South Fulton, taking several teams on deep playoff runs and even to the state tournament. He was a highly motivated coach and was well thought of by his players.
Mr. Funderburk was preceded in death by his wife of 50 years, Mary Ruth Funderburk.
Mr. Funderburk is survived by his sister, Wanda Goff of Sandwich, Illinois; and two nephews, Kirk Goff of Sandwich, Illinois and Jeffrey Goff and family of Lee’s Summit, Missouri.
Funeral services were held on Wednesday, Feb. 9, in the chapel of Ronk Funeral Home in Alamo, Tennessee, with former player Edward Thomas Perry officiating. Burial followed at Crockett Mills Christian Church Cemetery.