A Tennessee bill that would lower the age for a concealed handgun permit or lawful permitless carry from 21 years old to 18 years old was approved Tuesday by a House subcommittee.
House Bill 1735 was touted by sponsoring Rep. Chris Todd, R-Madison County, as removing an infringement on the right to bear arms for adults in the state, but Elizabeth Stroecker, legislative director for the Tennessee Department of Safety, said the bill could cost Tennessee residents reciprocity on firearm permits with up to 21 states. 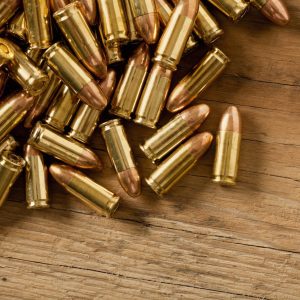 “That would be a pretty big hit for anyone who wants to travel out of state,” Stroecker said.
Todd believes more states will be moving in the direction of this bill, lowering the age for concealed permits.
“I think we are starting to see a trend across the country where more states are taking moves just like ours to recognize that 18-to-20-year-olds’ rights have been infringed upon for many years,” Todd said. “They are seeing, as we are, the need to reverse that.”
Stroecker said the Department of Safety will not get a definitive answer on whether those 21 states will drop reciprocity until a bill is passed and the department does its annual survey with other states. If a state will not accept a permit from an 18-20-year-old, it generally will not accept reciprocity for anyone in the state, Stroecker said.
The department will be gathering more information on whether other states that have lowered their age for permits to 18 have lost reciprocity, Stroecker said.
“Seems like quite a gamble,” Rep. John Ray Clemmons, D-Nashville, said.
Michelle Fogarty of Tennessee’s Legislative Legal Services clarified for the subcommittee 18 year olds can possess firearms but they cannot carry a handgun unless they are honorably discharged or retired from the United States Armed Services or they are a member on active duty. Fogarty said there are other lawful exceptions, such as hunting.
Kathy Barnett of Moms Demand Action Tennessee told the subcommittee the pre-frontal cortex of the brain that involves judgment is not fully developed until age 25 and she believes lowering the age will lead to more issues in the state.
“In Tennessee, we are already facing a dramatic increase in gun homicides and suicides,” Barnett said. “The rate of gun deaths in Tennessee increased 48% between 2011 and 2020.”
Todd said gun violence statistics do not relate to those who legally receive permits.
“We are not passing this so that criminals will suddenly be straight and obey our laws,” Todd said. “They are violating laws today. So any statistics you want to bring on 18-to-20-year-olds who are already violating the law are irrelevant.”
Rep. Michael Curcio, R-Dickson, said he recalls U.S. Sen. John Kerry and Jerry Springer lobbying Congress to be able to vote at age 18 after both served in Vietnam. Curcio said “they are either adults or they’re not.”
“That’s why I have always voted against the 21 tobacco legislation,” Curcio said. “I think that if you are able to jump out of an airplane you ought to be able to burn a Marlboro. But I lost that debate.”
The bill moves to the full House Civil Justice Committee.