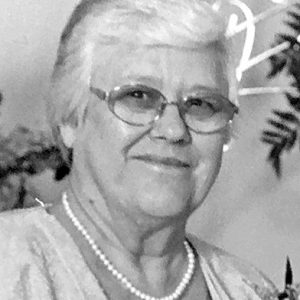 Sarah Boals Davis, of Savannah, departed this life on Saturday, Feb. 12, at the age of 91 years, 5 months and 5 days.
She was born at home in Medina, Tennessee, on Sept. 7, 1930, the daughter of William Herschell and Countiess Lorine Emison Boals.
On July 27, 1953, she was united in marriage to Billy Joe Davis. Together they owned and operated Mr. D’s BBQ in Counce. She was a member of Shiloh Methodist Church and loved traveling to the Smoky Mountains, spending time with her kids and grandkids.
Sarah is survived by her children, Joe Davis of Savannah, Gary Davis of Breeding, Kentucky, Roger Davis and his wife Rebecca of Ashland City, Tennessee, and Delinda Young and her husband Chris of Savannah; grandchildren, Sarah Davis, Mary Davis, Davis Young, Samuel Davis, Daniel Davis, Eric Young and Blake Young; siblings, Betty Coble of Trenton, Tennessee, James Boals and his wife Tina of Cedar Grove, Tennessee, Peggy Welch and her husband Phillip of McKenzie, Tennessee, Shirley Jones of Jackson, Tennessee, Billy Boals and his wife Patsy of Medina, Tennessee, and Carey Boals and his wife Jeanette of Humboldt, Tennessee; and a host of nieces and nephews.
In addition to her parents, Sarah was preceded in death by her husband of 63 years, Billy Joe Davis on Sept. 6, 2016; and brothers, Carroll Boals and Jerry Boals.
Services were held on Saturday, Feb. 19, at 11 a.m., at Shackelford Funeral Directors of Savannah with Randy Boals and Brian Wells officiating. Burial followed in Shiloh Methodist Church Cemetery at Shiloh.