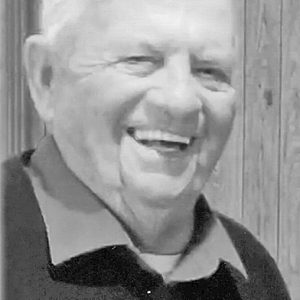 Nickie Lincoln Cagle, of Savannah, was born in Hardin County on Feb. 12, 1940, to the late Mary Lou Northcutt and LH “Bus” Cagle Jr.
He departed this life at Hardin Medical Center in Savannah, on Tuesday, Feb. 15, at the age of 82 years and 3 days.
Nickie made his home in the Cerro Gordo Community and was a member of New Harmony Baptist Church in Savannah. He was a Christian and family man.
Nickie enjoyed music, having to have a specific radio station every night to sleep, fishing, especially catfishing, hunting, especially the annual dove hunt with family and friends, showing off to folks, sitting on the back porch watching the birds and animals, watching Titans football, attending Alabama Football games, watching Braves and Cardinals baseball, NASCAR, watching The Voice on Tuesday night TV, being on the beach meeting new people and the music, the seafood, watching the Blue Angels and spending time and being funny around his family and friends, often coming up with nicknames for them, which always stuck.
Nickie worked at Harbor Pitts Store for sometime and in 1963, he went to work at the paper mill in Counce, now known as PCA, which he retired from in 2002 after 38 years.
He was best known by his friends and co-workers as “By-Ned.”
In 2002, until his death, he was an elected Commissioner of Hardin County, representing and serving well the 6th District of Hardin County, with his main concerns being the people of his district, their needs and his community fire department.
Nickie also farmed with his son Shane, retiring in 2021, and not only was he known for his row crops, but was also famous for his enormous watermelon crops and his Honorary Bucket Payment System, having faith and trust in people.
In his last year, he was successful in raising pumpkins and one of his best moments of life was taking First Place, Best in Show, Largest and Heaviest Pumpkin at the 2021 Hardin County Fair, as well as Best in Show and First Place with his Soybean display.
In January of 1964, Nickie married his first wife, Esther Sue Thacker, and together they raised two sons, Jeffery Allen Cagle and Shane Gibson Cagle, both of Savannah.
After her passing, Nickie later found someone that filled his life with joy again and on Aug. 18, 2018, he was united in marriage to Rhonda Kay Qualls, and together they enjoyed being on the river, traveling, going to concerts and attending public events, making each other laugh and Gator riding.
With her, he also gained a daughter and a very special caretaker, Leah.
Other than his wife, Rhonda, Nickie is survived by his only son, Shane; daughter, Leah Whittingham; mother-in-law Dorthy Qualls; two brothers, Terry Cagle (Carrol) and Ronnie Cagle (Brenda), all of Savannah; two brother-in-laws, David Qualls (Lynn) of Collierville, Tennessee and Carey Qualls (Sharon) of Suwannee, Georgia; grandchildren, Vance, Devin, Dalton, Cayla, Halley, Chase, Sophi, Will, Brandon, Connor and Emma; nin great-grandchildren; 12 nephews and nieces; 15 great nephews and nieces; two great great nieces; his very special companions, Isabella and Bama; and a host of other family and friends.
Other than his parents and first wife, Nickie was preceded in death by his oldest son, Jeffery Allen Cagle; and a grandson, Tyler James Whittingham.
In lieu of flowers, memorial donations can be made to New Harmony Baptist Church or The Darryl Worley Cancer Treatment Center.
Services were held on Sunday, Feb. 20, at 1 p.m., at New Harmony Baptist Church in Savannah with Tony Polk and Johnny Burns officiating. Burial followed in New Harmony Baptist Church Cemetery at Savannah.