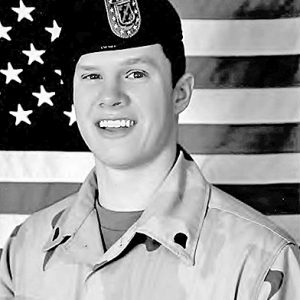 Caleb Jackson Counce, 37, of Gillett, Arkansas, died on Wednesday, Feb. 16, in Lonoke, Arkansas after a long illness.
He was born May 23, 1984, in Blytheville to Paul and Paula Counce. Growing up active and adventurous in Osceola and Gillett, Caleb enjoyed the outdoors, video games, sports, riding his bike, climbing any and everything, and watching movies. A graduate of DeWitt High School, he excelled there at football and track and field. He graduated in 2011 from Henderson State University with a Bachelor of Arts in mass communications. He held a leadership position in Chi Alpha Christian Fellowship.
Caleb was an avid reader and enjoyed physical fitness, playing guitar, surfing, cycling, road trips, and trying spicy, exotic, or expensive foods (especially when his uncle was paying). He was a veteran of the Iraq War.
He was preceded in death by his grandparents, Robert E. (Pete) Counce, Flossie Whitehurst Counce, William Moore Jr., Gladys Robertson Moore Summer; and one aunt, Martha Ellen Counce.
He is survived by his parents and one brother, Joshua Allen Counce, of Little Rock, Arkansas; and many beloved aunts, uncles and cousins.
Funeral services were held Saturday, Feb. 19, at 2 p.m. at St. Paul’s Lutheran Church in Gillett, Arkansas, with burial held Sunday, Feb. 20, at 2 p.m. at White Sulphur Springs Cemetery in Counce, Tennessee.