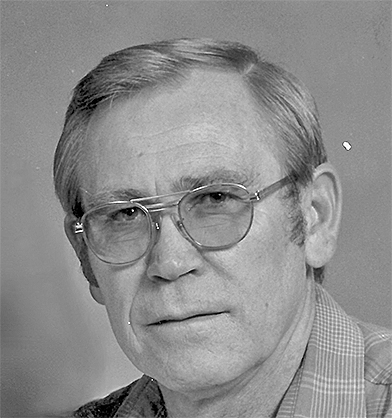 Larry Mack Clark, of Saltillo, was with his family and died peacefully on Monday, Feb. 7, in Jackson, Tennessee, after a long battle with COPD.
The only son of the late Floyd T. Clark and Edith Lucille Clark, he was born on March 22, 1940, in New Hampton, Missouri. Larry spent his childhood and many of his adult years in Steamboat Springs and Aurora, Colorado.
In addition to his parents, he is preceded in death by his sister, Karen Scott.
Larry worked for many years as an airplane maintenance supervisor for Frontier Airlines until they went out of business in 1986. During that time, he developed a love for airplanes that never waned. He began his second career as a machinist for PAMCO, working on oil wells until his retirement.
In 1988 Larry married his lovely wife, Peggy, with whom he moved to Saltillo in 2004 upon their retirement. There they enjoyed many seasons boating on the Tennessee River.
He is survived by his wife, Peggy Jean Clark; daughters, Debbie Lopez, Pam Fry and Vicki Keenan; grandchildren, Cassie, Jake, Katie, Nikki and Sara; and great-grandchildren, Allie and Katarina.
A memorial service was held 2 p.m., Thursday, Feb. 10, at Arrington Funeral Directors, with Rev. Chuck Maxwell officiating.
Arrington Funeral Directors. 148 W. University Pkwy, Jackson, TN 38305. 731.668.1111