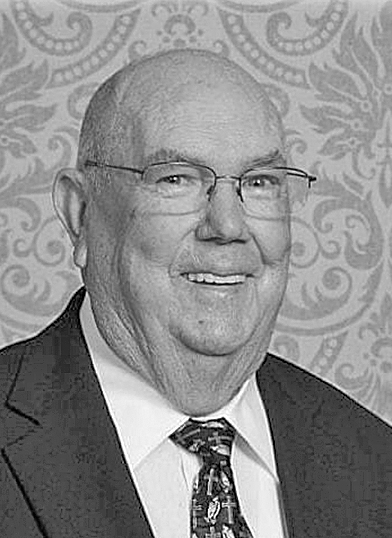 Bobby Moore, of Portland, Tennessee, was born in Adamsville on May 13, 1939, the son of the late L.L. and Myrtle Droke Moore.
On Sept. 3, 1960, he was united in marriage to Nell Southerland, who survives.
Bobby served his country proudly in the United States Army from 1963 until 1969. He had worked for Drew Foam, U.S. Filter and Gordon Transport. Bobby was a former resident of McNairy County and moved in 1986 to Portland, Tennessee. He was a member of Lakeview Fellowship Church in Bowling Green, Kentucky. Bobby was a deacon in several churches and taught Sunday school for over 40 years. In his spare time he enjoyed fishing, coaching basketball, listening to southern gospel music, and singing, which he was a wonderful bass singer.
Bobby departed this life on Tuesday, Feb. 8, in Bowling Green, Kentucky at the age of 82 years, 8 months and 26 days.
In addition to his wife of 61 years, Nell of Portland, Tennessee, he is survived by his son, Christopher H. Moore and his wife Melissa of Portland, Tennessee; grandson, Bryson Moore; and sisters, Faye Crutchfield and her husband Harold of Murfreesboro and Wilma Holder of Oliver Springs, Tennessee.
Bobby was preceded in death by his parents, L.L. and Myrtle Moore; brothers, Lannie Moore and Virgil “Jack” Moore; and sisters, Thelma Walker, Ora Lee Todd, Reatha Smith, Lathal Taylor, Shirley Tipton and Lessie Mae Harris.
Services were held on Saturday, Feb. 12, at 11 a.m., at Shackelford Funeral Directors of Savannah with Eddie Hodges and Scott Bee officiating. Burial followed in Memory Gardens at Savannah.