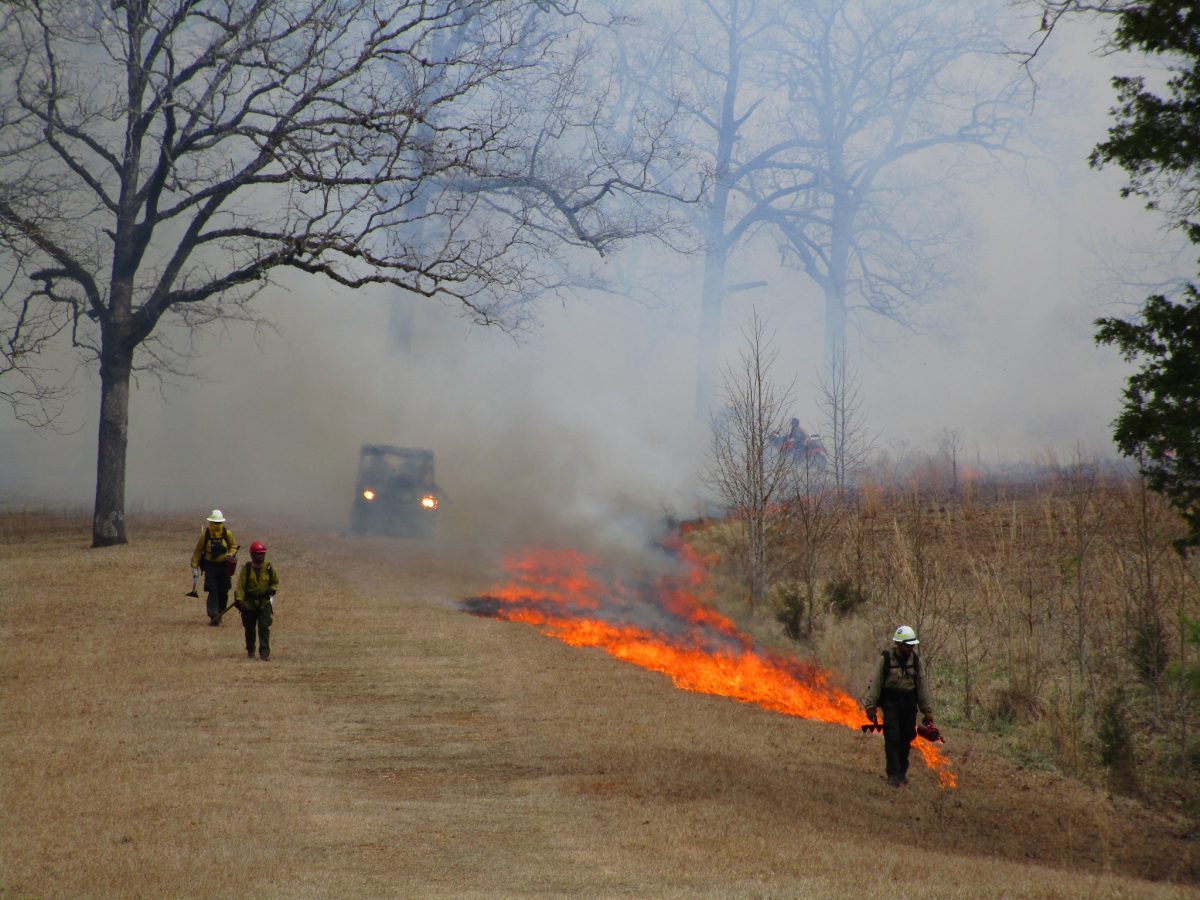 Shiloh National Military Park will conduct a prescribed burn within the next two weeks, park Superintendent Allen Etheridge announced Thursday.
“Prescribed burns are weather dependent, which requires us to work within a window of time waiting for the proper weather conditions,” he explained.
Park staff, with assistance from the Natchez Trace Parkway Fire Management Team, will burn two areas: East Branch Shiloh Creek and Spain Field.
The park said the East Branch area is a 231-acre unit bordered by Hamburg-Purdy Road to the north, Eastern Corinth Road to the east, Corinth Road to the west, and, sharing a boundary with the Middle Branch unit, Peabody Road to the south. The Spain Field unit is a 163 acres bounded by the Hamburg-Purdy Road on the north, the Eastern Corinth Road and Gladden Roads on the west, and all the way to the southeastern boundary of the park around Larkin Bell Field.
A controlled burn reduces the build-up of dead woody debris and non-native vegetation, decreases risk of catastrophic wildfire, and provides habitat and forage for animals, the park said.
The park noted that warning signs will be placed along the roads as a safety precaution to motorists and pedestrians. Motorists are expected to travel at a safe speed with their headlights on when smoke is present during the burn. They should also be alert for park rangers, wildland firefighters, and equipment along these roadways.