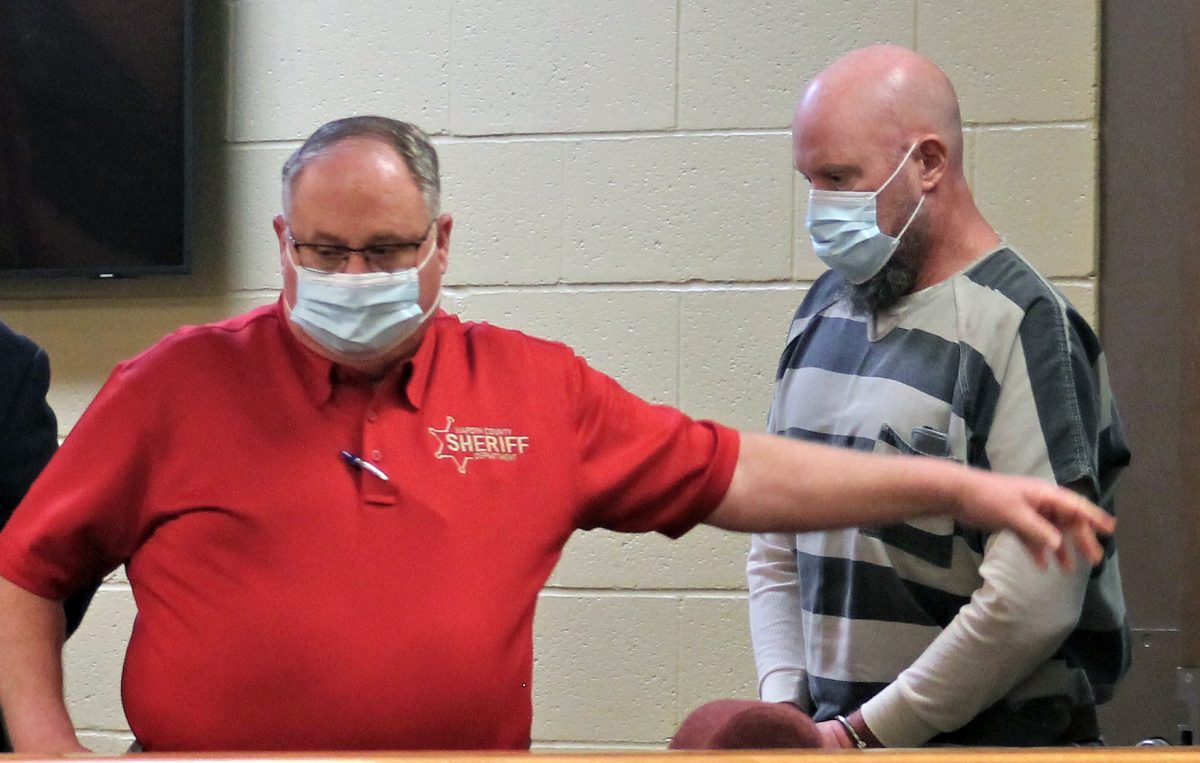 Hardin County General Sessions Judge Danny Smith found probable cause to bind Todd Alan Stricklin over to the next Hardin County Grand Jury for first degree murder in the death of Deputy Sheriff Matthew Locke following testimony from four witnesses Wednesday.
Stricklin was charged with the murder of Locke after the deputy was shot and killed at Stricklin’s residence on Nance Bend Road at about 8:30 p.m. on Sept. 25, shortly after Locke arrived to back up fellow officers who were already at the scene on a call for a domestic disturbance.
Hardin County Sheriff’s Department Deputy James Damron, who by all accounts was with Locke and tried to pull him to safety and save his life by performing CPR – while under fire – took the stand first.
Damron said he arrived in front of the home, at the end of a very long driveway, with Clifton Police Department Sgt. Timmy Harris, and saw Stricklin in front of the house.
Damron testified it was fully dark out, but he could see somewhat because of a light pole nearby.
The deputy said he saw that Stricklin had a handgun in his right hand, so he and Harris took cover behind vehicles, but they tried to talk Stricklin down and calm the situation.
He said he tried to defuse the situation because Stricklin seemed upset and distraught, and he began by asking Stricklin what was wrong.
“Everything’s wrong. I’m tired of life, I’m tired of everything – I’m sick of it,” Damron said Stricklin replied.
Damron said he and Harris spoke with Stricklin for 30 minutes. Harris, who was sequestered during Damron’s testimony, said in that situation “time gets away from you,” but he put it at about 25 minutes, at least.
Both officers testified they tried to get Stricklin to drop his gun and come out, but he refused.
At some point, both officers testified, Stricklin began making threats of shooting. Damron said he told Stricklin more officers were on the way.
“The next one who shows up with his lights on is gonna get shot,” was Stricklin’s reply, Damron testified.
Deputy Locke was the next to arrive at the scene, after ending a call he was already on to come to the aid of fellow officers.
Damron testified that before Locke arrived Stricklin kept moving around, and that it was too dark to see Stricklin clearly, but that he kept seeing a “red dot” everywhere Stricklin’s voice came from.
That red dot led Damron to believe Stricklin had armed himself with a rifle in addition to the handgun the deputy had already seen when he first arrived.
Damron and Harris testified that when Locke arrived, he exited his car and made his way first to Harris, spoke with him briefly, and then began to make his way to Damron’s position when he was shot.
About that time, testimony revealed, units from the Wayne County Sheriff’s office also arrived and were fired upon, forcing them to retreat to the road and stage there.
Cathy Ferguson, the case agent with the Tennessee Bureau of Investigation who ran the investigation of the incident, testified that the Wayne County law enforcement vehicles which had tried to reach the house down the driveway had bullet holes in them.
The agent said the crime scene investigation unit recovered a large cluster of bullet casings, about 20, near the spot where Damron and Harris believe Stricklin began shooting.
The bullet casings were for 7.62mm x 39mm ammunition.
Ferguson also said that at some point Stricklin fled into nearby woods, and that he was apprehended there hours later.
She also testified that when apprehended, the arresting officers recovered a 1911-style .45 caliber handgun and an SKS-type rifle from Stricklin.
The SKS rifle uses 7.62mm x 39mm ammunition, Ferguson said, and the SKS they recovered from Stricklin had a “red dot sight” on it.