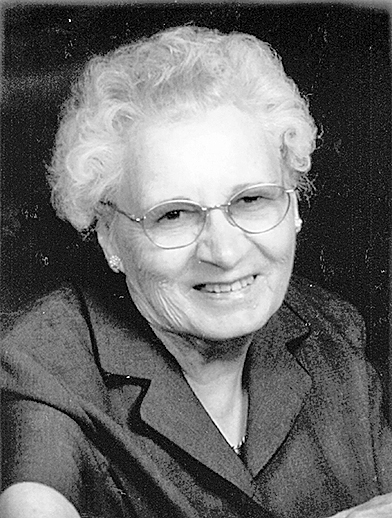 Lydia Mae Davis Devers, of Savannah, the daughter of Otis Jackson and Julia Franks Davis, was born in the Gillis Mills Community of Hardin County on March 8, 1923.
On Feb. 1, her earthly body grew weary, and she left this world to start her eternity in Heaven at the age of 98 years, 10 months, and 23 days. Although her life here was long, our hearts are broken, and we look forward to the day we all meet again in the presence of the Lord.
Lydia was united in marriage to Gilbert H. Murphy, the father of her children, on April 12, 1946. Gilbert preceded her in death on Oct. 26, 1969.
On Jan. 13, 1990, Lydia was married to Buford Devers who preceded her in death on June 23, 2010.
In her early years, she worked for Brown Shoe Company and later worked in the cafeteria at Hardin County High School. She enjoyed gardening, but her love was crocheting and quilting. She took great pride in the doilies and quilts that she handmade. Many of her creations won ribbons at the Hardin County Fair. Lydia was a member of Robertson Chapel United Methodist Church which she attended regularly until her health declined.
She is survived by her children, Phebe Thompson, Sue Smith (Johnny), Boyd Murphy (Shelley) and Doyle Murphy; seven grandchildren; and 20 great-grandchildren. She is also survived by her brother, Jerry Thomas Davis of Savannah; stepson, James Buford Devers of Waynesboro; and two step-grandchildren of Waynesboro.
She was preceded in death by her parents; an infant son, Nathan Byrul Murphy; sister, Lucille Ables; brothers, James Davis, Leon Davis, Otis Davis; and son-in-law, Wayne Thompson.
Services were held on Sunday, Feb. 6, at 3 p.m., at Shackelford Funeral Directors of Savannah with Brad Bain officiating. Burial followed in Neill Cemetery at Savannah.