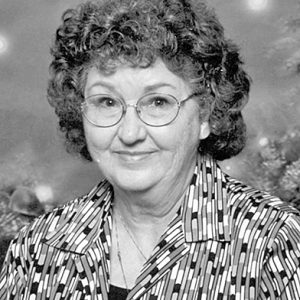 Katheryn Marie Freeman, of Savannah, was born on Nov. 17, 1930, in Wayne County, Tennessee, the daughter of the late Wallace William and Ruby Beatrice Goodman Devers.
On June 28, 1952, she was united in marriage to Rudolph Melborne Freeman, who preceded his wife in death on Jan. 24, 1990.
Katheryn worked as a cashier for Cunningham Drug Store in Detroit, Michigan. She lived in Hardin County for over 20 years and in Shelby County, Tennessee for four years. She was a member of Second Baptist Church in Savannah. In her spare time, Katheryn enjoyed watching television, especially Hallmark movies.
Katheryn Marie Freeman departed this life on Friday, Jan. 28, in Memphis, at the age of 91 years, 2 months and 11 days.
She is survived by her sisters, Kayron Galongo of California, Glenda Sue McCann of Millington, Tennessee, and Gayle LaForce and her husband Everett of Savannah; brother, Jerry Devers and his wife Phyllis of Benton, Kentucky; and a host of nieces and nephews.
In addition to her parents and husband, Katheryn was preceded in death by her brother, Charles Devers; and sister, Linda Boles.
Services were held on Wednesday, Feb. 2, at 11 a.m., at Shackelford Funeral Directors of Savannah with Ed Alexander officiating. Burial followed in North Highland Cemetery at Wayne County.