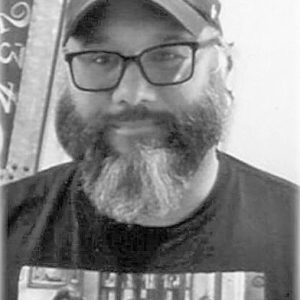 Jeffrey Raymond Lumpkin, beloved son, brother, uncle, grandson, friend, has passed away on Friday, Jan. 21.
He was born in Bad Hersfeld, Germany on Jan. 20, 1980, and lived with his family in Germany, Kentucky and North Carolina, finally settling in Savannah at the age of 12 years. Jeffrey attended Hardin County High School and played football until an injury forced him to quit. He graduated in 1998, going on to enlist in the Army in 1999 until 2003. Jeffrey worked as a government contractor, traveling the world to include Dubai and Japan. He was most recently employed with Liberty Oilfield Service in Texas as a demolition engineer.
Jeffrey leaves behind his father and stepmother, Ret. Army 1st Sgt. Norman Jeffrey and Audrey Lumpkin of Savannah; his mother and stepfather, Diana and Joe Grover of Webster, New Hampshire; sister and brother-in-law, Canopi and William Spencer along with his beloved nieces, Carley, Catelyn, Carrie, Anna and Bella Spencer, all of Savannah; stepsister, Stacey McFall and her husband Preston; stepbrother, Brandon Morris and his wife Dana; his grandmothers, Faye LioLis of Fayetteville, North Carolina and Candy Woods of Clearwater, Florida; many uncles, aunts, cousins and friends; and his fur baby, CeCe, who he loved so much.
He was preceded in death by his maternal grandfathers, Raymond Woods and Andrew LioLis and paternal grandparents, Carrie Lumpkin and Clyde Lumpkin.
Memorial donations may be made to Canine’s for Warriors or Hardin County Animal Services.
Visitation will be Thursday, Feb. 3, at Northside Baptist Church, 1190 Clifton Road, Savannah, 11 a.m. – 1 p.m., with memorial service at 1:30 p.m. with Jason Martindale officiating. Burial will be at Mount Olive Cemetery.