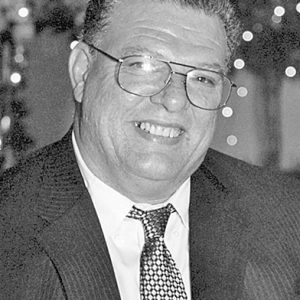 Robert Roberts, of Savannah, was born in Torrance, California on Aug. 7, 1954, the son of the late Garcie and Elsie Irene Thornberry Roberts.
On Oct. 1, 2001, he was united in marriage to Doris Ann Huffstutler, who survives.
Robert was the co-owner of Doris’ Diner for 12 years and also had worked for Roberts Siding. He was a member of Christian Assembly United Pentecostal Church. In his spare time Robert loved hunting and fishing and was a licensed gunsmith.
He departed this life on Friday, Jan. 14, in Savannah, at the age of 67 years, 5 months and 7 days.
In addition to his wife of 20 years, Doris of Savannah, Robert is survived by his children, Tammy Hollins and her husband Jacky of Savannah, Heath Gramse and his wife Ginny of Adamsville and Trent Gramse of Crump; grandchildren, Justin Hollins and his wife Lindsay, Haley Powell and her husband Andrew, Colton Gramse and his wife Mary, Courtnie Welch and her husband Nick, Cameron Gramse, Emalee Gramse, Kylie Gramse and Preslie Gramse; great-grandchildren, Brooklyn Hollins, Jackson Hollins, Greyson Powell, Jonathan Gramse and Asher Powell; and his sisters, Sharee Thornberry of California and Paulette Black and her husband Duane of Savannah.
Robert was preceded in death by his parents; and one brother, Garcie J. Roberts.
A graveside service was held on Tuesday, Jan. 18, at Crump Cemetery with Phillip Johnson officiating.