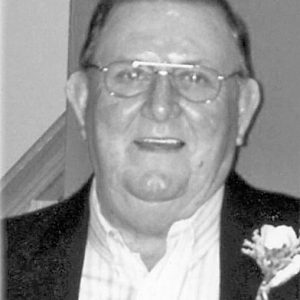 Hoover Austin, of Savannah, was called to his Heavenly home on Friday, Jan. 7, at 2:35 a.m. He lived a full life for 84 years, 8 months and 22 days. At the time of his passing, he was surrounded by his three daughters.
Hoover was born April 16, 1937, in Hardin County, the son of the late Thelma Myrtle Qualls Austin and the late Gustie Austin. On June 16, 1956, he was united in marriage to Johnnie Faye Mitchell Austin, who preceded him in death on Jan. 27,2021.
He was very active until later in life. Even when obstacles tried to slow him down, he still enjoyed living as best as physically possible. He truly loved his family with all his heart. Hoover loved gardening, hunting, fishing, grilling for his family and friends and was a devoted Republican. He loved “old country music” and secretly adored Dolly Parton.
Hoover was a devoted employee of C.E. Roser Handle Company for over 50 years until his retirement.
He is survived by his three daughters, Vicky Austin Lancaster, Lisa Gail Austin and Melinda Marie Austin Bonee and her husband Joe, all of Savannah. His most beloved grandchildren, Shelby Marie Bonee and Joseph William “Quaid” Bonee IV, all of Savannah and Andrea Lancaster Hayes of White Bluff, Tennessee; great-grandchildren, Courtney Jackson of Clarksville, Tennessee, Lacey Hooper of Savannah, Rodney Hayes Jr. and Natalie Hayes of White Bluff, Tennessee; great-great-grandchildren, Cole Deaton, Ezra and Eliza Henley, all of Clarksville, Tennessee, and Hooper Gordan Franks of Savannah. His cousin “phone buddy” Jenny Mitchell (Robert Joe) of Savannah whom he loved.
Hoover was preceded in death by his parents; his beloved son, Michael Wayne Mitchell; three sisters, Virgie Mae Franks, Belle Jarrett (Jerry), Annie Newton. Five brothers, Buster, twins RC and LG, Columbus and Jerry Glen.
Daddy was blessed with such wonderful extended family and friends.
Memorial donations may be sent to Eureka United Methodist Church, 1120 Wayne Road, Savannah, Tenn. 38372.
Services were held on Monday, Jan. 10, at 1 p.m., at Eureka United Methodist Church in Savannah with Dennis Usner officiating. Burial followed in Memory Gardens at Savannah.