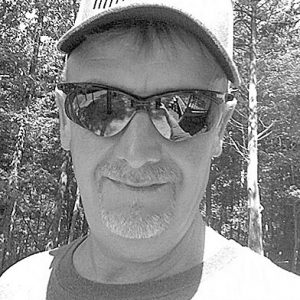 Daniel Wade Franks, of Savannah, was born in Hardin County on April 1, 1973, the son of the late Gary and Mary Lou Smith Franks.
Daniel lived all his life in Hardin County. He was self-employed working in carpentry, welding and concrete work. In his spare time Daniel enjoyed hunting and woodwork.
He departed this life on Sunday, Jan. 2, in Savannah, at the age of 48 years, 9 months and 1 day.
Daniel is survived by his children, Graham Franks and his wife Carlee of Waterloo, Alabama, Mason Franks of Savannah and Trae Franks of Savannah; grandchildren, Hudson and Hazel; brother, Adam Franks and his wife Codie of Savannah; sisters, Rebecca Sanders and her husband Goose of Adamsville and Brandie Franks of Savannah; and nieces and nephews, Chaz Sanders and Kyla Sanders, both of Adamsville and Kallie Franks and Leoma Franks, both of Savannah.
In addition to his parents, Daniel was preceded in death by one daughter, Shelby Elizabeth Franks; grandfathers, Granville Franks and Eugene Smith; and grandmothers, Polly Franks and Bessie Smith.
Memorial services to be announced at a later date at Forest Ridge Union Church in the Gillis Mills Community.