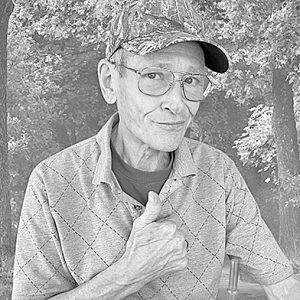 William Bryant Terry, 65, fought the good fight and finished his race on Christmas Day 2021 after a two-year battle with pancreatic cancer. He passed on to glory with his wife by his side. Bryant (along with his wife Debbie) was a member of Savannah Church of Christ. He had lived in Hardin County for the past 13 years, being the owner/operator of a local small business called Phil’s Garage Doors. He had also been a valued employee at Savannah Foods for several years. Bryant had been very active in our local AA/NA community in Savannah and in Adamsville and participated in various prison ministries.
Bryant was born on Aug. 31, 1956, to Connie Gene Terry and Gail Allen Bowers in Odessa, Texas. He met the love of his life, Debra Lynn Burnham in June of 1980 in Tampa, Florida, and they were married five months later.
Bryant and Debbie went on to have five daughters, Kimberly Dawn, Breanna Jan, Jessica Gail, Mandalyn Jean and Cynthia Grace. He recently discovered that he had two more daughters, Sherry Renee and Shana Lea. They, along with their families, were welcomed by all with open arms.
Bryant’s favorite thing in the world was talking to people and using his story to bring glory to God. He loved the Lord Jesus, his family and his country.
He was preceded in death by his mother, Gail Allen Bowers.
He is survived in legacy by his beloved wife, Debbie; his daughters and their families, Kim and Phil Poirier (Raymond Deke, William David, Hunter Phillip, Jason Terry, Leah Denise MacArthur), Breanna and Michael Byrd (Elizabeth Dorothy and Jesse Bryant), Jessica and David Ly (Lincoln Brave, Josephine Love, Benjamin Fierce), Mandalyn and Mark Grubb (Ransom Wayne, Maverick Ray), Cynthia and Shane Burton, Sherry Clark and Les Linner (Arya Joyace Ann), Shana and Jason Soto (Koal Paul, Lillian Dorothy-Jean); his stepfather, Roger Bowers of Tampa, Florida); and his sister, Margo Terry of Waco, Texas.
Services will be held at Savannah Church of Christ in Savannah, on Feb. 5, at 2 p.m. In lieu of flowers, Bryant’s daughters ask that you consider donating to assist his wife with Bryant’s final expenses.