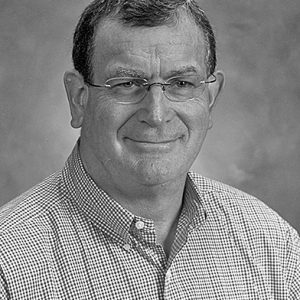 Michael Kent Milholland, 79, of Savannah, peacefully left this earth at AHC in Savannah on Sunday, Dec. 26.
He was born in Kokomo, Indiana, son of the late Kedric and Mary Jane Koenig Milholland.
Mike grew up in Bluffton, Indiana, excelling in every sport, but basketball was his first love. He graduated from Bluffton High School in 1960. After being recruited by numerous colleges and universities, he chose to play basketball at Tulane University. Later he transferred to MTSU in Murfreesboro where he graduated in 1965.
In August of 1965, he married the first love of his life, Judith P. Milholland who preceded him in death in 1995. They had two sons, Kent and Todd Milholland. They lived in Murfreesboro and North Carolina before settling down in Waverly, Tennessee.
Mike was, throughout his career, a coach, teacher and mentor to troubled youth.
In 1998, he met the second love of his life, Sherry K. Milholland. They settled down in Gallatin, Tennessee, where they both continued their teaching careers. Mike retired from teaching in December 2008. He immediately busied himself with building an addition to his home, raising a huge vegetable garden and loving the grandchildren.
In May 2019, he and Sherry moved to Savannah to be close to family.
Mike’s three priorities later in life were family and friends who he faithfully remained in contact with; sports, especially MTSU, Vanderbilt and the Tennessee Titans; and fishing.
In addition to his wife, Sherry of Savannah, he is survived by his children, Kent Milholland of Wilmington, North Carolina, Todd and Akiko Milholland of San Jose, California, April and Greg Williams of Savannah and Kristopher Davis of Clifton; five grandchildren, Michael D. Milholland, Tosei Milholland, Jackson Williams, Arabella Williams and Madison Inman; sisters, Toby Bryan of Ft. Myers, Florida, and Karen Shannon of Indiana; and brothers, Max Milholland and Jeff Milholland, both of Indiana.
In addition to his parents, he was preceded in death by his first wife, Judith Patterson Milholland; and two brothers, Ron Milholland and Kedric Milholland.
A memorial service will be held on Saturday, Jan. 15, at First United Methodist Church in Waverly, Tennessee, at 2 p.m. There will be an additional service in Indiana in late March.