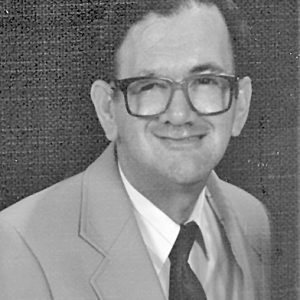 Jerry Gunter departed this life on Tuesday, Dec. 28, in Savannah, at the age of 67 years, 1 month and 28 days.
He was born in Memphis on Oct. 31, 1954, the son of Claude Wayne and Agnes Arnell “Nell” Riley Gunter.
Immediately after Jerry was born, the doctors gave him a very brief life expectancy of a few years with a dismal outlook. Needless to say, those specialists did not understand the power of God and the strength of parents who were determined to do everything possible to help their son succeed in life. Because of an exceptional bond with his devoted mother and the love of his family, Jerry has lived a very enjoyable and productive life. God has richly blessed Jerry, and in return he has blessed others.
Jerry and his family lived in Memphis within walking distance to Graceland. Jerry would visit often and help out with odd jobs. Once he found a lady’s diamond ring and gave it to the Graceland management without hesitation. His parents had taught him well. He was loved by the staff and became known as the “Mayor of Graceland.” His friendly personality and witty remarks made him popular wherever he would go.
Jerry also stayed busy picking up aluminum cans along Graves Road where his family lived in Memphis. After moving to Savannah, he continued the hobby of collecting cans to help recycle and also save money. Many of Jerry’s neighbors and friends would help him out by saving cans and contributing to his collection. Jerry also loved to drive his red Kawasaki Mule and rode everywhere on the family farm. Everyone in the community knew the red side by side vehicle was “Jerry’s” Mule. Jerry was a member of Mt. Hermon Baptist Church and the Sons of the Confederate Veterans.
Jerry is survived by many extended family members and friends including many special cousins, the Bert Johnston family, the Jay Wolfe family, Jimmy and Pat White, Michael Darling, and Tommy Cook, known by Jerry as “Tall Drink of Water.” Jerry leaves one very special childhood friend, Nancy Griffin, who took the time to teach him how to swing. He is also survived by his wonderful healthcare aides who became his family: Terrie Hildebrand, Ruth Cook and Anita Rose.
In addition to his parents, Jerry was preceded in death by his paternal grandparents, Marcus Lafayette and Allie M. Maxey Gunter; his maternal grandparents, Worthy Clarence and Jessie Ollis Depriest Riley; and his brother, Riley Wayne Gunter.
Memorials may be sent to Mt. Hermon Baptist Church, 1845 Mount Herman Road, Savannah, Tenn. 38372 or Robertson Chapel United Methodist Church, 35 Delbert Road, Savannah, Tenn. 38372.
A graveside service was held on Thursday, Dec. 30, at Mt. Hermon Cemetery in Savannah with Tommy Cook and Artie Rivers officiating.