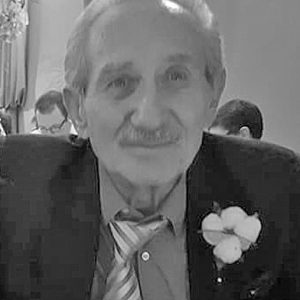 Bobby W. Inman, of Millington, Tennessee, formerly of Memphis, was born on Dec. 10, 1938, in Sardis, the son of the late James Kenneth William and Ruie Exie Hopper Inman.
On Aug. 18, 1961, he was united in marriage to Helen Marie Hayes Inman, who preceded her husband in death on Oct. 13, 2020.
Mr. Inman retired from Roadway Express where he worked as a truck driver. He received a safe driver award after logging over four million miles without incident. He was a member of Dellwood Baptist Church in Memphis and a member of Truck Driver’s Union Local 667 in Memphis. Bobby loved his family, horses, dogs and country music. He also enjoyed spending time with his wife and dogs on the family farm.
Bobby W. Inman departed this life on Thursday, Dec. 30, in Millington, Tennessee at the age of 83 years and 20 days.
He is survived by his daughter, Anita Inman Dence (Michael) of Millington, Tennessee; son, John Inman (Traci Watkins) of Atoka, Tennessee; grandchildren, John-Michael Rosas, Carrie D. Farrish, Kyle Robert Inman, Randi Liebich, Gabe Dence, Victoria Flowers, Cory Dence and Jennifer Dence; 20 great-grandchildren; one great-great-grandchild; and nephew, Randy Inman of Parsons, Tennessee.
In addition to his parents and wife, Bobby was preceded in death by his brother, Kenneth Ray Inman.
The family would like to extend a special thanks to Kim Browning for all the loving care she provided.
Services were held on Sunday, Jan. 2, at 1 p.m., at Shackelford Funeral Directors of Savannah with Kyle Robert Inman Rosas officiating. Burial followed in Milledgeville Cemetery at Milledgeville.