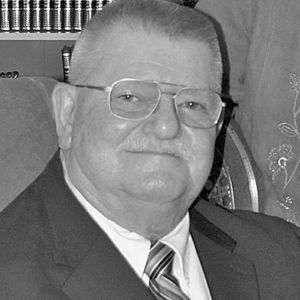 Robert “Bob” Kent Gilkey Sr., of Savannah, departed this life in the early hours of Wednesday, Dec. 22, in Savannah, at the age of 80 years, 10 months and 23 days following a short illness.
Bob was born on Jan. 29, 1941, on a small farm in McLemoresville, Tennessee, to R.J. and Rilie Rochelle Gilkey. Famously, Bob was born with a large birthmark covering his entire left arm. Throughout his 80 year life, the origin of this signature birthmark was rumored to have been caused by many things, ranging from a great fire, large animal attacks, painted on, and so on and so on, with many of these rumors having been started by none other than Bob himself.
In 1959, he graduated from Trezevant High School in Trezevant, Tennessee, and then proceeded to enter into service with the United States Air Force. After a short time, he was honorably discharged due to medical concerns stemming from his birthmark.
After his discharge, Bob attended Keegan Technical Institute in Memphis where he studied broadcast radio. He had found his passion. His radio career took him from Memphis all the way to the bayous of Louisiana and back, where he worked at small radio stations and state fairs, sharing the gift of his voice.
In 1961 Bob moved to Savannah and began his career at WORM radio station under the management of Neil Bunn. It is here in Savannah where he would meet the love of his life, Margaret Inez McCasland. After a whirlwind romance of six months, the two were married. Bob and Inez brought three children into this world: Robert Kent Jr., Dana Lynne and Shannon Leigh. Bob and Inez were married for 52 years until her passing from this life on June 11, 2014 due to cancer. Life would never be the same.
Bob worked other jobs throughout his life: he was an award-winning salesman for Life of Georgia Insurance Company, a salesman for Chattanooga Container Corporation, and then began his career with R.J. Reynolds Tobacco Company in January of 1974. He retired from Reynolds in August of 1996. Bob continued to work after his retirement and was employed by Willoughby Oil, Inside Out Hardware and U.S. Tobacco. He then began another dream job with the Hardin County Sheriff’s Department as bailiff for the court system serving the Honorables Creed McGinley and Daniel Smith. No one could open court like “Mr. Bob.” His booming voice could not be duplicated. He loved his job and the people and they loved him.
While his booming voice was familiar for opening and closing court for 15 years, it also rang out for years over the Jim Carroll Stadium sound system during the half time show announcing “the Pride of Hardin County!” where his daughters and then later, his grandchildren were members.
He was a proud father who loved his children. He enjoyed watching them play sports and performing in the band and chorus. A daredevil, Bob was known to waterski with his children in a peculiar way: one child on his shoulders and the other on the front of the skis. An avid Tennessee Volunteers football fan, Bob (and Inez) traveled by car, boat, train, and plane to cheer on the Volunteers for many years.
Bob was a member of First Cumberland Presbyterian Church in Savannah, DreamWeavers of West Tennessee, the Little Theater, former member of Savannah Moose Lodge, and the Jaycees.
He loved his family, the outdoors, traveling, Johnny Cash music, and embellishing stories. His stories, holiday prayers, and anecdotes of wisdom will greatly be missed by his children, grandchildren, and great-grandchildren.
Bob leaves behind three children: Robert Kent Gilkey Jr. (Anitra), Dana Spindler (Rich) and Shannon Shaw (Buddy), all of Savannah; five grandchildren: Will Shaw (Ashley) and Jacob Shaw, Jessica Bumphus (Kevin), all of Savannah, Megan Hull (Chad) of Clarkrange, Tennessee, and Austin Spindler of Washington, D.C.; and six great-grandchildren: Aaliyah, Alexa, Alivia and Tre Bumphus and Lorelei and Heidi Shaw, all of Savannah; and best friend for many years, David Seaton.
Bob was preceded in death by his loving wife, Inez; his parents, R.J. and Rilie Gilkey; and his infant sister, Emily.
Services were held on Sunday, Dec. 26, at 3 p.m., at Shackelford Funeral Directors of Savannah with Helen Hamilton officiating. Burial followed in Neill Cemetery at Savannah.