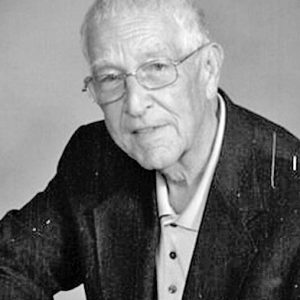 1936 – 2021
Leonard Randolph Byrne was a loving husband, brother, father, “pawpaw,” great-grandfather and friend.
He was born to Randolph and Anna Byrne on Dec. 9, 1936, in Cincinnati, Ohio. He attended Purcell High School, was a percussionist in the band and also a member of the swim team. After graduating in 1954, he attended Xavier University and was a dedicated member of the Marching Musketeers and The Reserve Officers’ Training Corps (ROTC).
In 1956, Leonard began his career as a manufacturing engineer at General Electric (G.E.) in Norwood, Ohio while simultaneously serving in the United States Navy Reserve for eight years.
He married his high school sweetheart, Rosemary Meyer, on Oct. 4, 1958, and they had four children, Leonard Randolph Jr. “Randy,” Diane, Greg and Bridget.
After being transferred to Selmer to help establish a new G.E. plant, Leonard decided to continue his education. He received his associate’s degree in 1982 from Jackson State University, his bachelor’s degree in 1985 from Lambuth University and his master’s degree in 1993 from Century University.
Leonard lived his life to the fullest. He will be remembered for his contagious laughter, his endless jokes, his wildly entertaining stories, his unfailing work ethic, his generous spirit and his boundless love for his family and friends.
He is survived by his wife of 63 years, Rosemary; his brother Paul; his four children Randy (and wife Cissy), Diane (and husband Tim), Greg (and wife Britney) and Bridget (and husband Randy); his 10 grandchildren, Alex (and wife Kristin), Erin, Justin, Mady, Karleigh, Katie, Patrick, Peyton, Tyler and Easton; his great-grandson, Wyatt; and his stepbrothers, Norbert, Jerry and Joe Gilman.
He was preceded in death by his parents, Randolph and Anna; his sister, Marcella; and his brother, Jimmy.
Services were held on Monday, Dec. 20, at 12 p.m., at Saint Mary’s Catholic Church in Savannah with Edward Fischer officiating. Burial followed in Indian Creek Cemetery at Ramer.