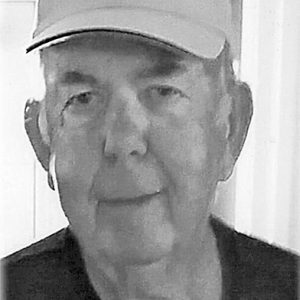 James Edward “Chuck” Hanna, of Savannah, was born in Milledgeville on April 15, 1940, the son of the late Jesse Dee and Lucille Benson Hanna.
On Sept. 24, 1960, he was united in marriage to Carolyn Faye Webb, who preceded her husband in death on July 11, 2006.
Mr. Hanna, better known as Chuck, worked for Temple Chattanooga for 20 years and then retired from Clayton Homes after 25 years. After retiring he worked part time for the Hardin County Solid Waste Department for 11 years. Mr. Hanna was a devoted husband, father, grandpa and great-grandpa. He loved being with his family and they were always welcome at his home. For many years Mr. Hanna attended New Pleasant Grove Freewill Baptist Church.
He departed this life on Saturday, Dec. 18, surrounded by his family at his home in Savannah, at the age of 81 years, 8 months and 3 days.
Mr. Hanna is survived by his son, Jeff Hanna and his wife Michelle of Selmer; daughter, Rhonda Smith and her husband Buzzy of Savannah; grandchildren, Justin Hanna, Leann Gordon and her husband Daniel, and Chase Smith; great-grandchildren, Hadley Gordon and Hulen Gordon; sisters, Rebecca Morris of Henderson, Tennessee, Sue Sowell of Adamsville, Patsy Keen of Enville and Juliette Stanford of Leapwood; and brother, Dana Hanna of Milledgeville.
In addition to his parents and wife, he was preceded in death by three brothers, Jr. Dee Hanna, Ronnie Hanna and Donnie Hanna.
Services were held on Wednesday, Dec. 22, at 1 p.m., at Shackelford Funeral Directors of Savannah with Charles Pevahouse and Leland Alexander officiating. Burial followed in Milledgeville Cemetery.