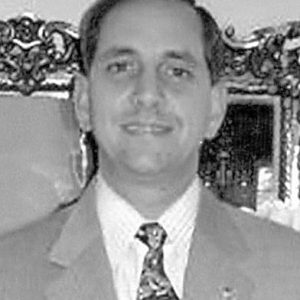 John Michael Davis, of Savannah, departed this life on Saturday, Dec. 11, at the age of 54 years, 2 months and 26 days.
He was born in Savannah on Sept. 15, 1967, the son of Brodie and Bobbie Pace Davis.
John Michael worked at Piggly Wiggly for many years starting out as a sacker and working his way up to manager under David Riddell. He later went on the road as a tour manager for Darryl Worley which took him all over the United States and the world. John Michael moved to Roanoke, Virginia where he was self-employed as a painter before returning to Savannah. He was a member of First United Methodist Church and past member of the Moose Lodge. He was a fun-loving, joke-telling, friend to many.
John Michael is survived by his daughter, Payden Callie Davis of Savannah; parents, Brodie and Bobbie Davis of Savannah; sister and best friend, Ann Marie Davis Bishop of Richmond, Virginia; and nephew, Zach Bishop.
For those who wish, memorials may be made to the Darryl Worley Cancer Treatment Center, 935 Wayne Road, Savannah, Tenn. 38372 in memory of John Michael Davis.
Services will be held on Friday, Dec. 17, at 1 p.m., at Shackelford Funeral Directors of Savannah with Joe Rutherford officiating. Burial will follow in Memory Gardens at Savannah.