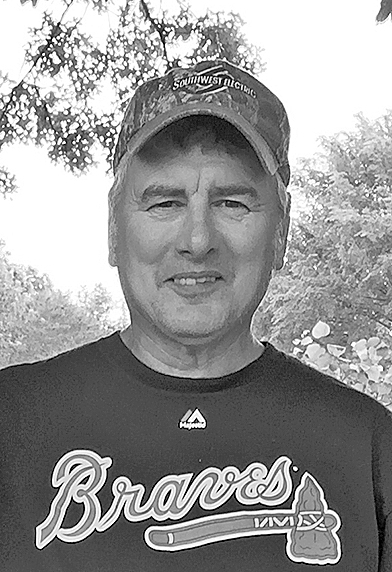 Robert “Bob” Devlin, 68, passed away peacefully on Dec. 5, at his home in Clifton, where he lived for the last 27 years.
Bob was born on Nov. 29, 1953 in Trenton, New Jersey, the son of Alice Kubiak Devlin and Hugh Devlin.
Bob is survived by his beloved wife Donna Mayer Devlin of 34 years as well as his daughters, Samantha Lynn Devlin of Savannah and Alexandra Lee Devlin of Waynesboro; his mother, Alice Devlin of Mount Holly, North Carolina; his brothers Michael Devlin (Eileen) of Ocean City, New Jersey; Mark Devlin (Sheri) of Hightstown, New Jersey, his sister Susan Perzel of Mount Holly, North Carolina, their families, and lifelong friends Tim Carom and Carl Logsdon.
He was preceded in death by his father Hugh Devlin; nephew, Brent Devlin; aunt, Sophie Forman; niece, Nadine Perzel; and cousin, Sandra Ranfone.
Bob was unexpectedly diagnosed with stage four lung cancer at the end of October 2021, despite feeling well other than having what he thought was a cold. Two weeks later, it became evident that the cancer had already spread to his brain causing Bob to get very ill quickly. After fighting for almost two weeks in the hospital, Bob was brought home on hospice to spend his final days comfortably, surrounded by his family and dogs.
For anyone that knew Bob, they know he was passionate about his family, God, freedom, and his dogs. He never let his loved ones say goodbye without a hug, a kiss, and saying “I love you.” Bob and his family rescued many dogs over the years. He leaves behind dogs that are already missing him greatly, especially Allie, who was Bob’s fierce but loving protector for the last 7 years.
Bob worked at Wayne Care Nursing Home and Wayne Medical Center in maintenance for 18 years. In retirement, he was a regular volunteer at Hardin County Animal Shelter for many years and was a member of First Baptist Church in Clifton as head of security. Bob touched the lives of many people and will be dearly missed. He “never met a stranger” and always had a smile on his face. In lieu of flowers, memorial contributions may be made to the Hardin County Animal Shelter, 140 Legion Dr, Savannah, Tenn. 38372.
A celebration of life memorial service was held at First Baptist Church of Clifton on Wednesday, Dec. 8, at 7 p.m.