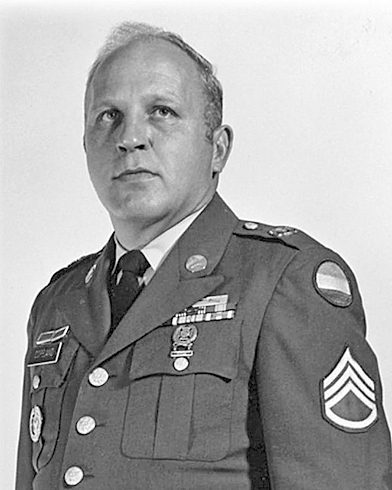 Bobby Gean Copeland was born on Sept. 18, 1941, in Savannah, to the late Samuel and Daisy Allison Copeland.
Bobby enlisted in the military on Sept. 1, 1959, serving his country proudly for 20 years in the United States Army.
While serving he was stationed at numerous bases including: Ft. Stewart, Georgia; Ft. Jackson, South Carolina; Ft. Knox, Kentucky; Ft. Lewis, Washington; and Ft. Hood, Texas. His extensive career of service also included three tours of duty in Germany (totaling six years), and one year in Cam-Rahn Bay, Vietnam.
Bobby also continued his education in the Army, completing all of the following: 7th Army NCO Academy; 3rd Division NCO Academy; Drill Sergeant School; a medical supply course; and over 200 hours of correspondence courses.
During his career he received many awards and decorations: two Army Commendation Ribbons; five Good Conduct Medals, (each representing three years of honorable service); Drill Sergeant Badge (for 30 months of service as a Drill Sergeant at Ft. Lewis); Infantry Expert Badge (awarded in Germany); Expert Badge for M-1, M-14, and M-16 rifles (being an expert shooter with the 30 caliber machine gun); and many other various ribbons from his tours in Germany and Vietnam.
Bobby was honorably discharged from the Army on Jan. 29, 1980.
On Nov. 1, 1980, he went to work for the United States Postal Service in San Antonio, Texas, where he worked as a mail handler until retiring and moving to Savannah on Jan. 3, 1997, after 36 years of federal service.
Bobby departed this life on Friday, Dec. 3, in Savannah, at the age of 80 years, 2 months and 15 days.
He is survived by his nephews, Jerry Copeland and his wife Michelle of Savannah, James Copeland of Michigan, Jeff Copeland and his wife Kim of Memphis, Joey Copeland and his wife Kelli of Munford, Tennessee, and John Copeland of Adamsville.
In addition to his parents, Bobby was preceded in death by one sister, Louise Lust; and one brother, Sammie Jack Copeland.
Services were held on Monday, Dec. 6, at 1 p.m., at Shackelford Funeral Directors of Savannah with Larry Paul Rich officiating. Burial follow ed in Savannah Cemetery at Savannah.