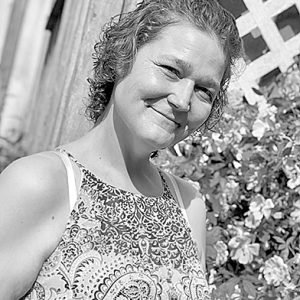 Veronica “Vern” Cossey, of Savannah, departed this life on Thursday, Nov. 18, at the age of 42 years, 11 months and 12 days. She was born in McNairy County on Dec. 6, 1978, the daughter of Shelia Mae Presley and the late CE Gary.
Veronica was the manager at Savannah Tobacco Store. She enjoyed designing and making T-shirts, taking pictures of nature, especially sunrises and sunsets. Veronica was dedicated to her family and spending time with them. Weekends at the creek was something they all enjoyed.
In addition to her mother, Shelia Presley of Savannah, Veronica is survived by her husband, Randy Cossey of Savannah; daughters, Paige Cossey and Allie Cossey, both of Savannah; stepdaughter, Brittney O’Neal-Cossey of Mississippi; brothers, David Presley and John Presley, both of Savannah, Brandon Gary and his family of Goose Creek, South Carolina, and Joshua Gary of Savannah; sister, Anita Gary of Savannah; and step grandchildren, Destinee and Devin O’Neal.
Along with her father, Veronica was preceded in death by her brothers, Samuel Gary and Casey Presley, and stepfather, Charlie F. Fouse.
Services were held on Tuesday, Nov. 23, at 1 p.m., at Shackelford Funeral Directors of Savannah with Brandon Gary officiating. Burial followed in Neill Cemetery at Savannah.