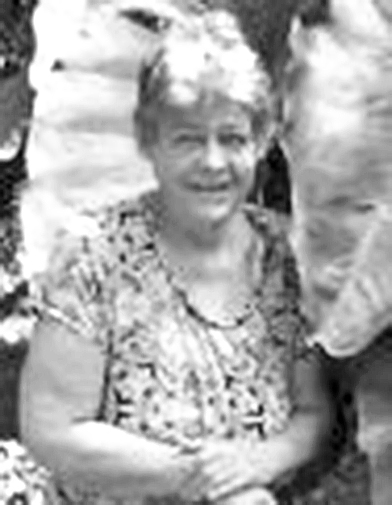 Dorothy Jean Malone Durbin, of Olive Hill, was born in Detroit, Michigan on May 18, 1958, the daughter of the late William Lawrence and Hazel Dean Stults Malone.
On April 30, 1993, she was united in marriage to James “Travis” Durbin, who survives.
Dorothy had worked as a CNA for Hardin Medical Center. Her family was her life but her grandchildren gave her life. She enjoyed working in her flower beds and spending time with her family. Dorothy loved the Lord.
She departed this life on Sunday, Nov. 7, in Savannah, at the age of 63 years, 5 months and 20 days.
In addition to her husband of 28 years, Travis of Olive Hill, Dorothy is survived by her children, Matthew Gerstenberger and his wife Rachel of Savannah, Nathan Gerstenberger and his wife Jennifer of New York, New York, Nick Gerstenberger of Nashville and Jessica Ehrett and her husband Chris of Nashville; grandchildren, Ethan Gerstenberger, Calie Ehrett, Clayton Ehrett, Carson Gerstenberger and Octavia Gerstenberger; sister, Theresa Brock and her husband Eric of Savannah; brother, Johnny Malone and his wife Rhonda of Savannah; and a nephew whom she helped raise, Justin Mullins.
Dorothy was preceded in death by her parents, William and Hazel Malone; and two brothers, Terry and Charlie Malone.
Services were held on Saturday, Nov. 13, at 3 p.m., at Shackelford Funeral Directors of Savannah with Greg Eaton officiating. Burial followed in Crossroads Cemetery at Savannah.