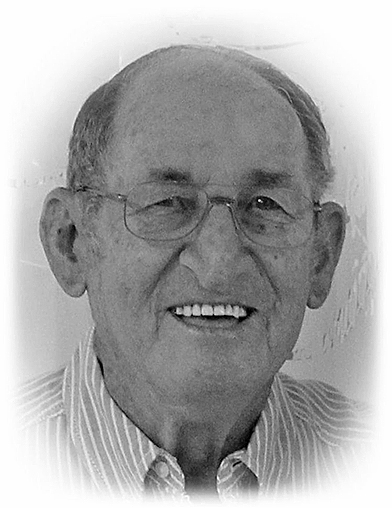 Billly Ray Franks, of Lutts, was born on March 29, 1939, in the Big Ivy community in Hardin County. He was the son of the late George W. and Johnnie Mae Brown Franks. On Aug. 21, 1965, he was united in marriage to Laura Marie Vickery who survives.
Billy Ray honorably served his country in both the United States Army and the Army National Guard.
For 35 years he was employed by Murray Ohio Manufacturing Company in Lawrenceburg,Tennessee. B.R. as he was known by his friends, thoroughly enjoyed repairing lawn mowers in his shop at his home.
He was a member of the Lutts United Methodist Church.
He loved growing vegetables, visiting the “boys” at Wilbanks Body Shop next door, and sitting on his porch watching everyone go up and down the road.
Billy departed this life on Thursday, Nov. 4, at his home in Lutts, at the age of 82 years, 7 months and 6 days.
He is survived by his wife of 56 years, Laura Marie Vickery Franks; three brothers, Browny Franks (wife Lillie), David Franks (wife Dorothy), both of Lutts, Dale Franks (wife Sharon) of FLorence, Alabama; four sisters, Jerrie Moore of Nashville, Jimmie Qualls of Savannah, Jean McWilliams (husband Ted) of Collinwood, Joy Franks of Lutts; two aunts, Peggy Brewer of Huntsville, Alabama and Alta Brown of Decatur, Alabama; brother-in-law, Jimmy Vickery (wife cindy) of Savannah. He is also survived by numerous loving nieces, nephews, cousins, and his faithful feline companion Tim the Cat.
In addition to his parents, he was preceded in death by his grandparents, Lucas and Bessie Crotts Brown, Ellerson and Sudie Bain Franks. The family wishes to thank his two “angels” who made his last weeks so much better, Cindy Kelly and Dottie Hensley.
The family also wishes to express their heartfelt gratitude to Dr. Boorgu and Dr. Danny McFall for their kindness, concern, and wonderful care during Billy’s illness. May God bless you both.
The family requests in lieu of flowers that donations be made to the Butterfly Foundation, Box 212, Waynesboro, Tennessee 38485 or to the Lutts United Methodist Church, 8312 Lutts Road, Lutts, Tennessee 38471.
Services were held on Sunday, Nov. 7, at 1:30 p.m., at Shackelford Funeral Directors at Collinwood with Daniel Holt and Jeff Young officiating. Burial followed in Lutts Cemetery.
Pallbearers were Chris and Keith Wilbanks, Terry Joe Beckham, Rylee and Dayton Scott and Lige Craig. Honorary pallbearers include Sonny Robbins, Jim Vickery, David Franks, Ted McWilliams, Browny Franks, Aaron White and Ottis Mitchell.